Auroras wrap up volleyball season with a silver medal 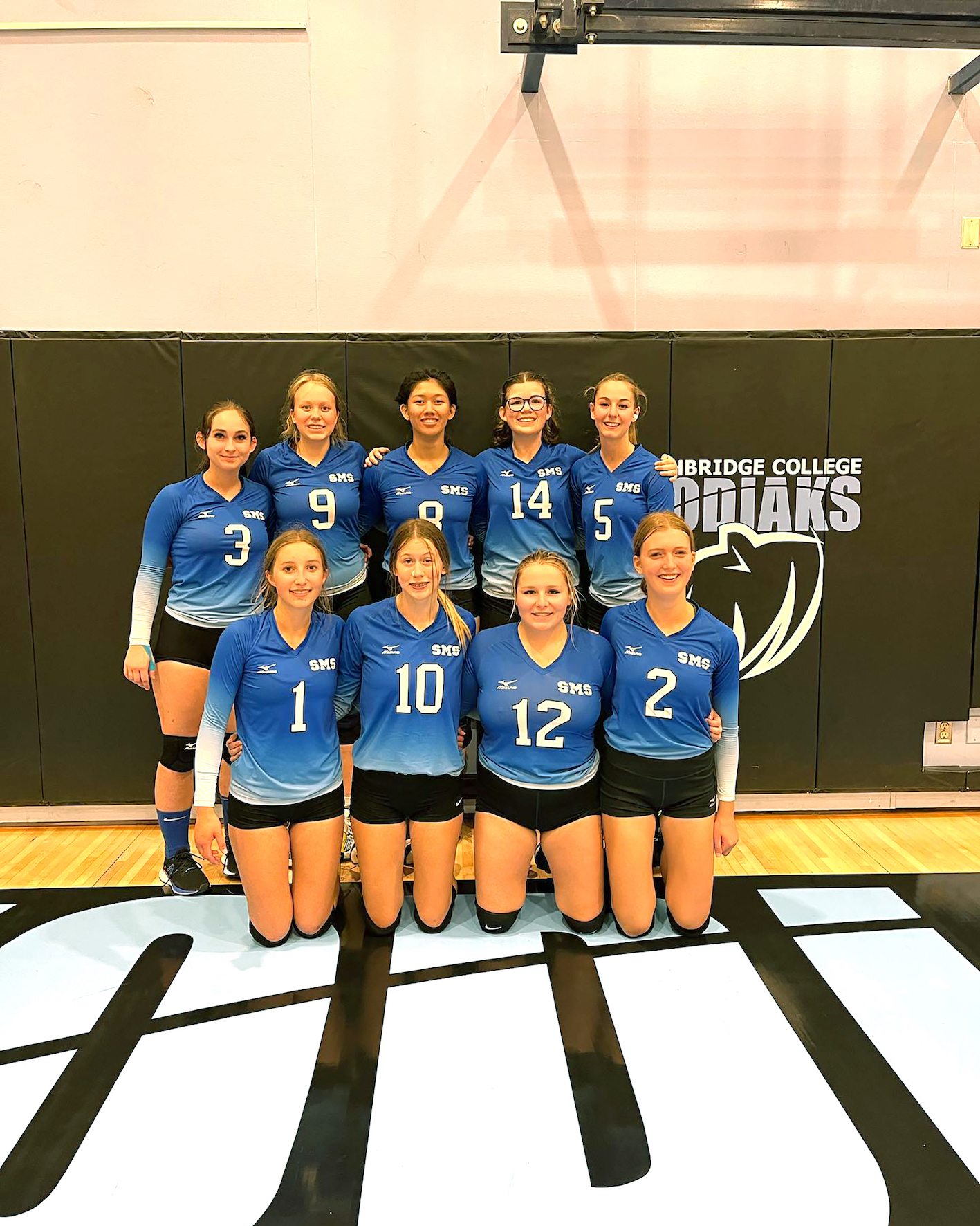 This past week saw the St. Mary’s Auroras compete in the Alberta Schools’ Athletic Association (ASAA) 1A Zones and the team played some of their best volleyball of the season. Ranked third heading into the tournament, the Auroras were a medal hopeful.

“We were ranked third going into zones putting us in the pool with the number one ranked Stirling. We had not seen Stirling this season but we knew to take first in our pool would be our best position for playoffs. Thursday we played Erle Rivers from Milk River and won in a two-set match,” explained Carolyn Siemens, coach. “On Friday, we played Brant Christian school and struggled a bit with our passing and finding our tempo for the game. We won the match but we knew we would have to step up the play for our last pool game against Stirling that evening. For our Stirling game, our team came out ready to play. We were able to handle their big middle and keep them out of system and we won in two.”

Saturday saw the team move into the semi-final with a matchup against Senator Gershaw.

“On Saturday, we met Gershaw from Bow Island in the semi-final. We had a good game against them and advanced to the final. Stirling was playing Picture Butte in the other semi-final and if Picture Butte had won we would have been guaranteed a spot at provincials as they were hosting. Stirling was able to pull out a win from Picture Butte so it was up to us to earn our spot,” continued Siemens.