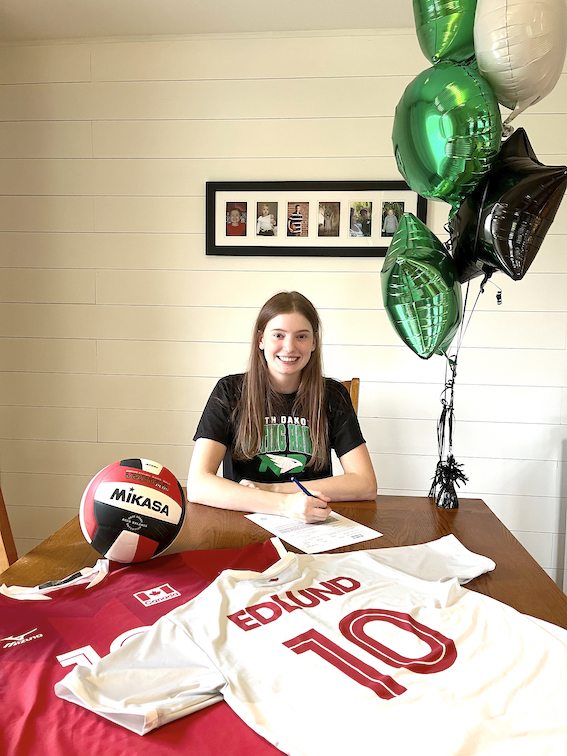 Local volleyball standout Olivia Edlund has officially committed to the University of North Dakota Fighting Hawks for the 2023-24 season.
Edlund has been with the Vauxhall Queens, which have been a perennial powerhouse in southern Alberta volleyball. Along with the Queens, Edlund had been competing with the 2022 Canadian National Excellence Program, Edlund is moving ahead with a new team and a new challenge in North Dakota.

In terms of why she chose the Fighting Hawks, Edlund stated in a press release it was an easy choice because of everything UND offers.