Golden Suns back on ice for new SCAHL season 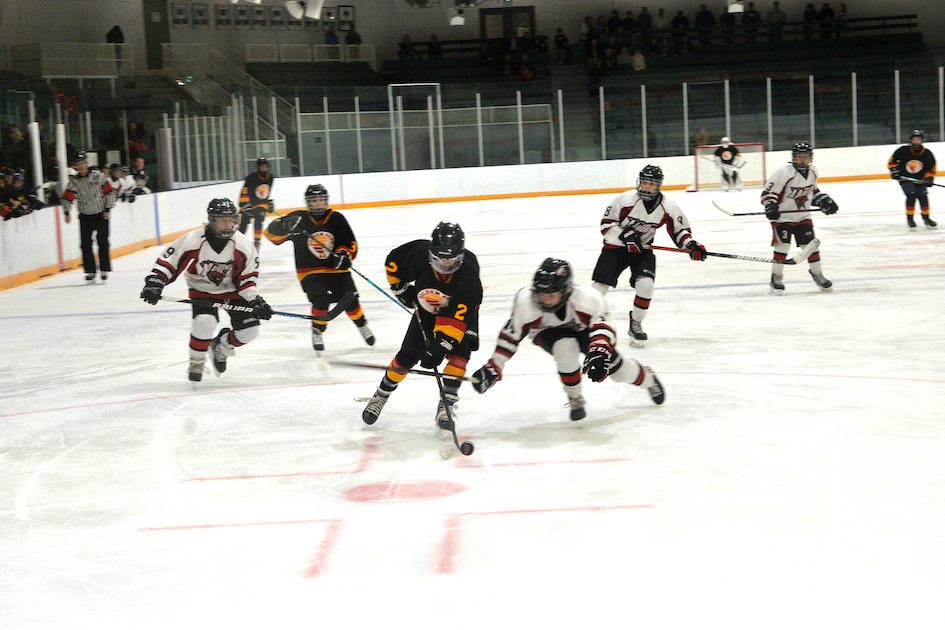 The preseason is over and Taber Golden Suns teams have seen their South Central Alberta Hockey League seasons being. U13 and U15 saw their seasons start on Sept. 23 while the U18 team had their first game this past weekend.

The U13 Suns kicked off their season on Sept. 23 when they hit the road to Lethbridge to take on the Hurricanes. Unfortunately for the Suns, it was all Hurricanes from start to finish as the home team took an 8-0 win. Jack Lukacs got the start for the Suns and made 15 saves on 23 shots. Lethbridge outshot Taber 23-13 in the game.

The team looked to rebound from their first game loss when they welcomed in the Wheatland Braves on Sept. 25. The Braves would score four straight goals in the first period before Delphin De Boer potted Taber’s first goal as Canaan Fleck and Ryker Orsten collected assists. The Braves would answer right back seconds later to extend the lead to 5-1. Right before the end of the period, Orsten would cut the lead to three with De Boer and Madix Miller collecting assists. The second period started the same as the first period as the Braves scored two straight to make it 7-2. On the power play with under five minutes to play, the Suns found their third goal of the game as Nelson Sonna Soufo found the back of the net as De Boer and Fleck got helpers.

Heading into the third, the Suns had a steep mountain to climb to get back into the game. They were able to cut the lead to 7-4 thanks to another De Boer goal while Fleck and Orsten had another assist each. With under five minutes to play, De Boer completed the hat trick with Miller collecting an assist to make it a 7-5 game. Despite two straight goals in the third, that was all the Suns could muster as they fell 7-5.

Over this past weekend, the Suns had a two-game homestand where they welcomed in the Foothills Bisons and Airdrie Lightning. Looking for their first win of the season, the U13 Suns found it in a big way against Foothills as Taber would win 13-3. DeBoer continued his great play with four goals and three assists, while Sonna Soufo also had four goals and an assist. Fleck had a goal and four assists, Orsten had a pair of goals and an assist, Braxton Ranch had three assists, Hudson Stenger had a goal and an assist, Miller and Jesse Klingenberg had two assists each, Cal Ste-Croix had a single goal, and Hayden Wiscombe and Ben Van Der Linde had an assist each. Lukacs was back between the pipes and made 18 saves on 21 shots.