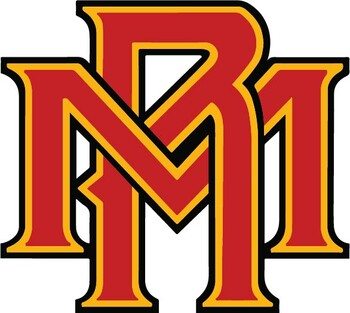 A loss to the Chinook Coyotes didn’t have many lingering effects as the W.R. Myers Rebels saw a great rebound in Week 3 as the Brooks Buffalos came to town on Sept. 23.

In the Rebels’ home opener, they saw another tough opponent in the Buffalos, but the players were eager to get back in the win column after Week 2’s loss. And the Rebels were able to do just that as they played a complete game that saw them come away with a 51-14 win.

“It was nice to finally get out and play on our home field in front of our own fans. After the butt-kicking we took last week, I think the boys were eager to get out and prove that that was just an off week for them,” explained Jason Jensen, head coach of the Rebels. “Couple that with the fact that last year, we literally came up less than a yard short of beating Brooks, we had no lack of motivation to perform. Brooks is always a tough opponent, and despite what the score indicates, they really made us work for this win.”

The first quarter saw both teams battle for position on the field and neither was able to find the end zone.

“The first quarter was a bit of a dog fight, with both offences trying to find their feet, against strong defensive play,” continued Jensen.

And the second quarter was much of the same as neither team wanted to give any ground. But the Rebels’ defence made a big play to give the offence a great opportunity to get a lead.

“Finally, early in the second quarter, our defence forced a fumble deep in the Brooks end, and that seemed to really provide the spark that set our team off. The very next play, quarterback Dane Den Hollander found slotback Elias Cooper in the endzone to put us up 6-0,” confirmed Jensen.