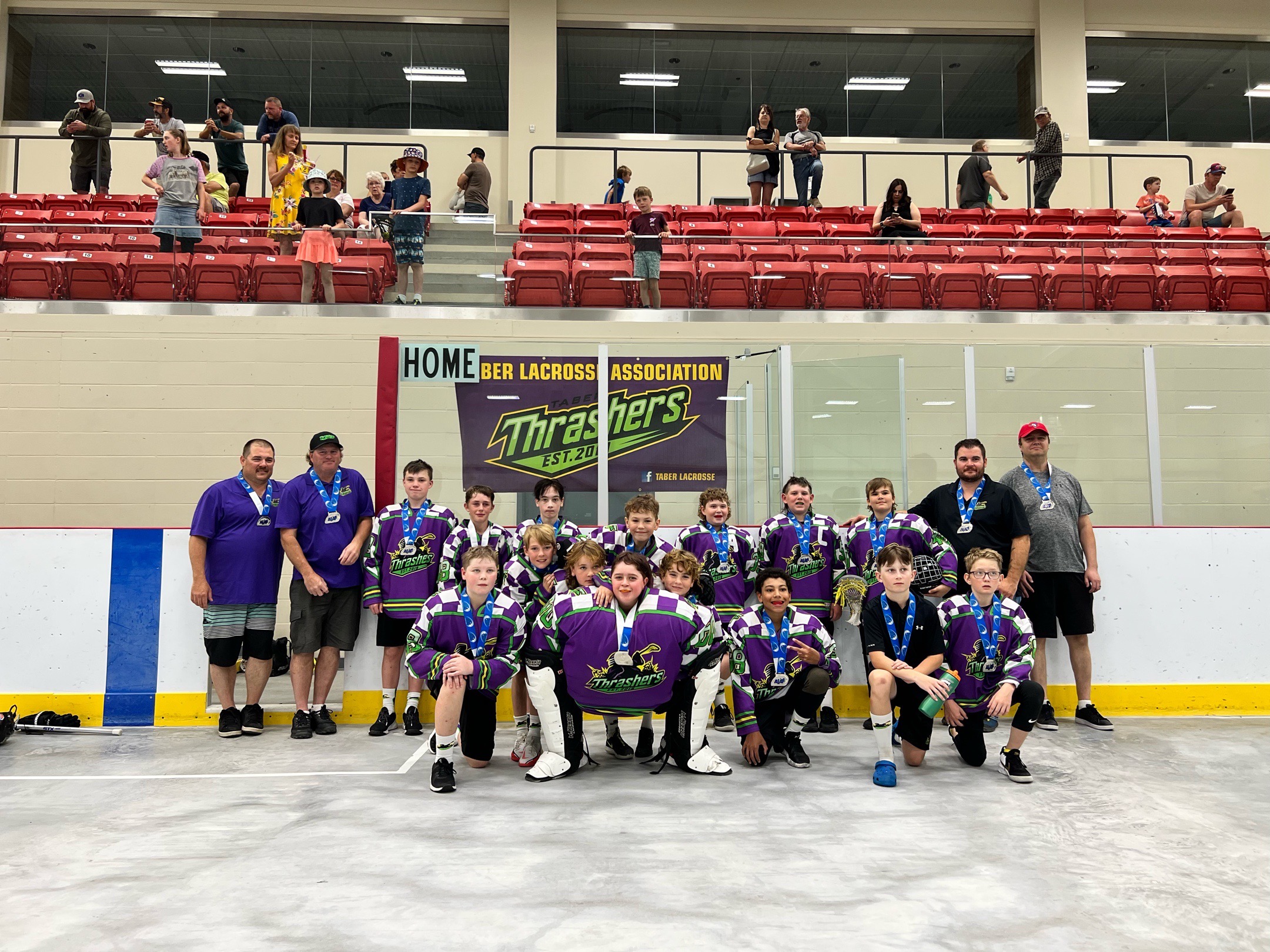 While the Taber Thrashers saw successful seasons for all of their teams this past season, the U12 Thrashers weren’t done as they hit the road for Minor Box Lacrosse U12 B Provincials this past weekend in Cold Lake.

Including Taber, the field saw nine teams competing for the gold medal in U12 B Provincials with the Lakeland Heat, Sherwood Park Titans, and Grand Prairie Thrashers in Pool A with Taber. In Pool B was the Lacoka Locos, Edmonton Blues, Brooks Drillers, Lakeland Heat II, and Wood Buffalo Bison.

After a great opening game, the Thrashers regrouped and prepared for their second game the following afternoon where the Sherwood Park Titans were waiting. It was once again an offensive explosion for the Taber team as they put forward an 11-0 win in their second game.

Saturday night’s final game saw Taber take on the Lakeland Heat to wrap up round-robin play. It was a closer game than the previous two, but the Thrashers were able to put nine on the board en route to a 9-4 win.