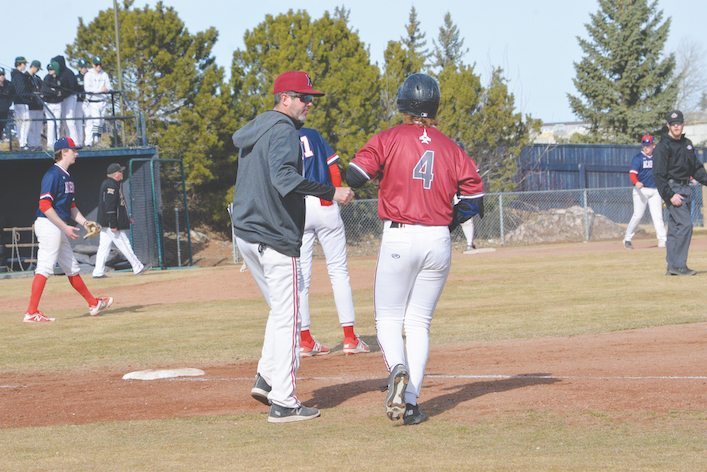 It’s that time of the year when the Vauxhall Academy of Baseball Jets hang up their cleats for the summer.

After getting back to a normal season in 21-22, the team has been incredibly excited at the fact they were once again able to play ball not only in Canada but also in the U.S. The team ended their season with a tournament down in Missoula before returning to Alberta for their final game this spring against the Lethbridge Bulls with the TCMM Memorial Game.

“It was a good finish. We fell a little bit short in the Missoula tournament — we ended up losing in the final to Couer d’Alene, but it was a good tournament. We didn’t play particularly well as we lost the first game of the tournament. Then we played really good baseball the next three games and we got into the final. To Couer d’Alene’s credit, they took it to us early and we were down 9-2 in the seventh inning. In the bottom of the seventh, we scored seven runs to send it to extras and then they got us in extras. It was a good run and we were happy with it. The kids handled themselves well even though we fell a little bit short,” said Les McTavish, head coach of VAB. “We ended up responding and we played the Bulls in the annual TCMM game and ended up winning that game. We were pretty short-handed going into that game and we were happy overall. We finished with the best record of all time at 36-7-2, so we were really happy about that. I couldn’t have asked for a better group of young men to bring us out of a two-year hiatus due to the pandemic. It was enjoyable — the road trips were great, the kids handled themselves great, and there was a ton of fun. There seemed like there was more smiling and laughing this year, and if it taught us anything, maybe it’s that things can go away pretty quick, so you gotta enjoy yourself.”