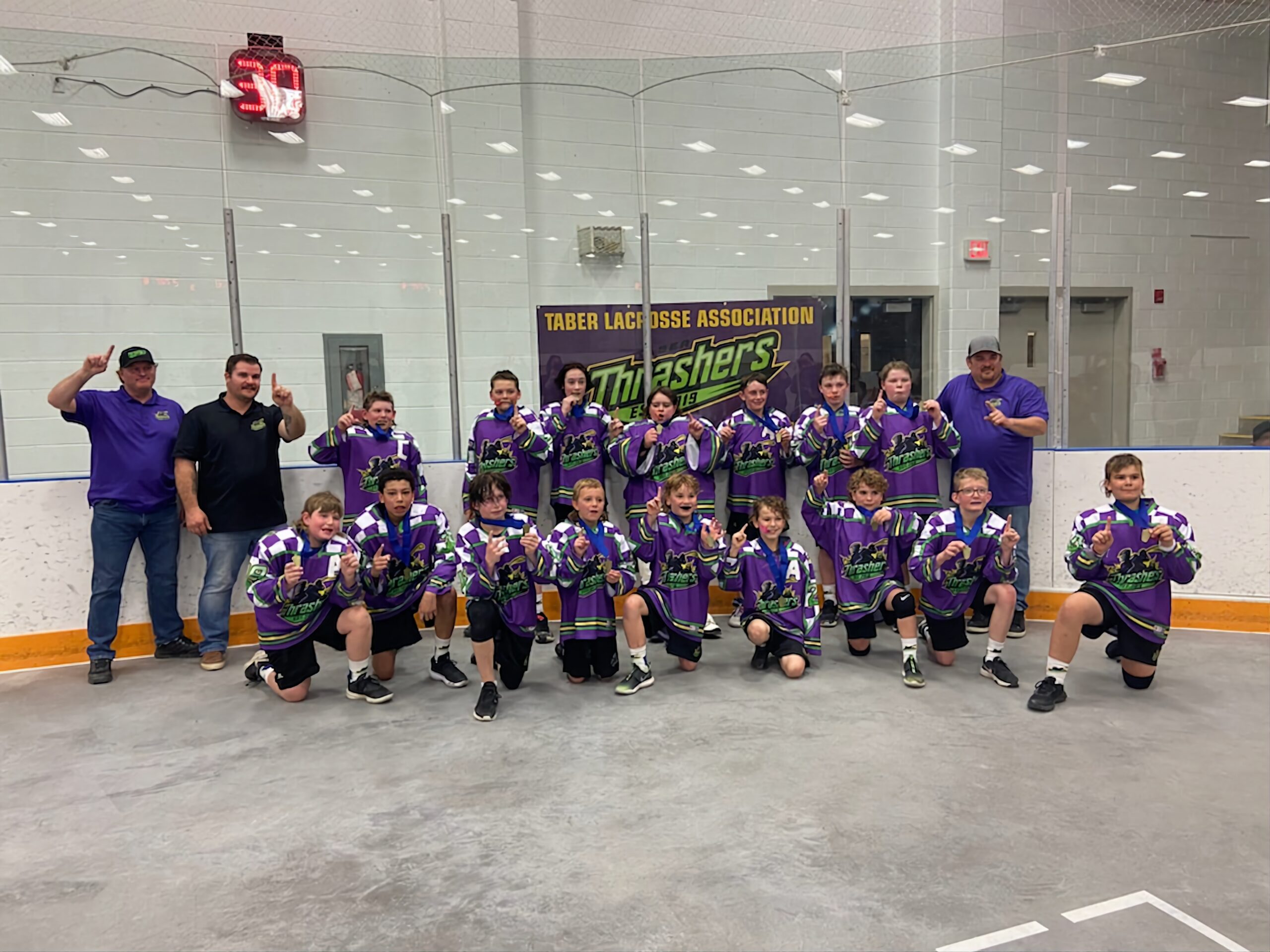 The Taber U10 and U12 Thrashers hit the road to Lethbridge this past weekend to compete in the 2022 Floorbusters Memorial tournament in Lethbridge.

The U12 Thrashers started their tournament Friday afternoon with a matchup against the Calgary Hornets. The Thrashers were on fire and the offence was firing on all cylinders as the team stormed to an 11-2 win to kick off the tournament.

First thing on Saturday morning, the Thrashers were back on the floor as they took on Cranbrook Outlaws Black. While the first game saw tons of goals for Taber, the second was a much closer affair, though the result was the same as the Thrashers were able to secure a 3-2 victory.

Later on Saturday, the team played the Calgary Axemen and it was once again another close battle. The Thrashers were once again able to clinch a 3-2 win and a birth in the final.

With the final game coming down to the Thrashers and Lethbridge Cudas, Taber was more than ready for the next challenge. Despite a pair of close games in the last two, the Thrashers were able to blow it wide open in the final and come home with the Taber Thrashers’ first ever gold medal. Madix Miller had four goals and an assist for the Thrashers, Maddox Appel had a pair of goals, and Kellon Schalk and Emmett Ruggles had a single. Ruggles also had an assist and so did Blake Untereiner and Nathan Gensorek. Jenner Workman got the start in net for the Thrashers.

“The U12 Thrashers worked their tails off on the weekend, putting in every effort to come home with a medal to show for their hard work and dedication for the sport of lacrosse. Beating the Lethbridge Cudas for the gold metal,” explained head coach Cory Kerkhoff. “We are so proud of these kids for putting in the extra effort  from showing up at a couple extra practices to playing a little bit bruised up, to finishing off the deal for a medal. We started this season with only five kids that had ever played lacrosse, and to watch them come together as a team has been inspiring to say the least. Their hard work and dedication paid off in a big way. Some of Taber’s kids started their lacrosse in Lethbridge before Taber had an association, so there’s been a bit of a friendly rivalry between the two teams. To have Lethbridge and Taber playing the gold medal game was like a mini Battle of Alberta for the kids. This is also the first medal for the Thrashers association, so that makes it even more special for the team. Thanks to the other coaches, Ryan Badura, Derek Wiliamson, Dale Ruggles, and team manager Jolene Badura.”