Spurs finish off a busy weekend of play 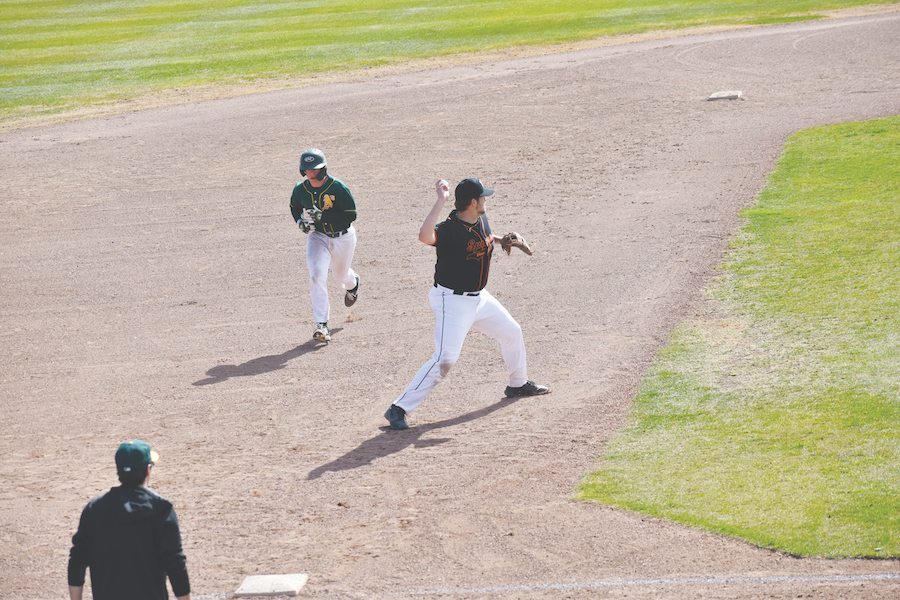 The Vauxhall Spurs have seen their season kick off with a busy few weekends to start the spring.

In the first game of the weekend, the Spurs took a 12-9 win over the Knights. In the second of the doubleheader, the Strive snuck out a 4-3 win over Vauxhall. Sunday saw the Spurs take on Calgary first and once again, the Strive were able to push across one more run than Vauxhall en route to a 7-6 win. In the final game of the weekend, the Spurs battled hard but fell by one run yet again in a 6-5 loss to Medicine Hat.

“It went pretty good. We went 1-3, but the three games we lost were all by a single run, so the games were close and pretty exciting for the first few games of the year,” explained coach Jimmy Vulcano.

Coming off the tournament win, spirits were high in the Spurs dugout and despite going 1-3, the team is excited at the start they’ve had. And the fact reinforcements are coming soon, the Spurs are in a great position to build off the first few weeks of the season.

“The mood was awesome (after the tournament win). It was the first tournament in a few years really, so everyone was very excited and couldn’t wait to get out. The boys played very well there and we went into that tournament without our top four guys in the lineup. It was a good experience for the senior players and the three or four junior players that we brought up for that tournament,” added Vulcano.

It’s only been a handful of games for the team this season, but the coaching staff has been very pleased with a couple of players so far.

“Dallas Cummins, a senior player, came back from Missouri Valley and he’s a left-handed pitcher. He pitched on Sunday and he looked very firm on the mound, he was really good. That was a nice thing to see. Landon Howg, our catcher, is really coming along. He is currently a sophomore, but he has lots of upside and we’re excited to see how he develops.”

After a busy two weekends of play, the senior Spurs don’t have a game lined up until June 12. With this break in the schedule, the team will see plenty of practices, but the coaching staff is also exploring possible exhibition games to keep the team sharp.