Wham compete at Provincials in Edmonton 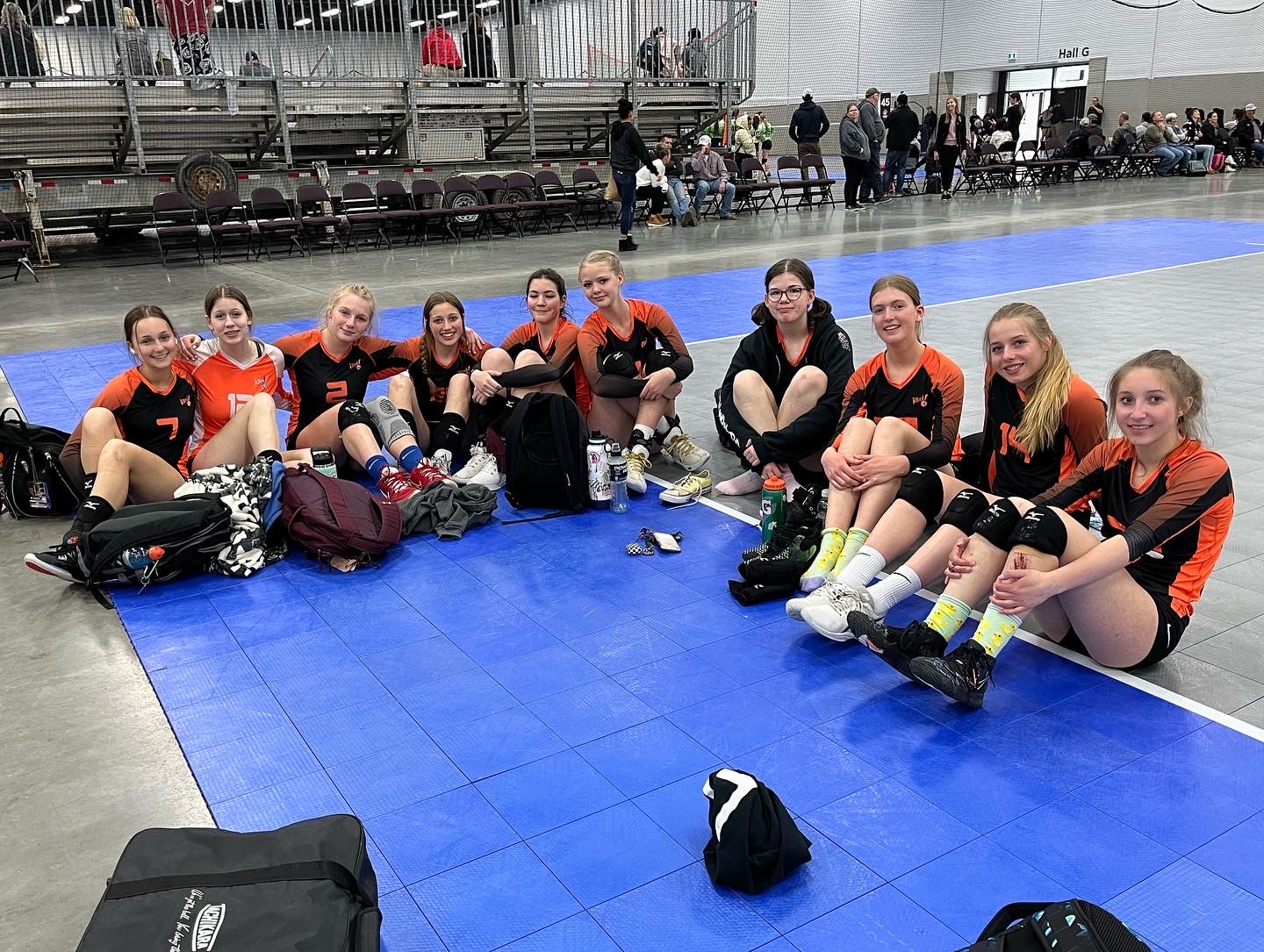 With the spring in full swing, the volleyball season is heading towards its conclusion.

The U16 Wham team was up in Edmonton this past weekend as they competed at Provincials. It was a challenging weekend overall for the team, but they did gain tons of experience.

“We played at the Expo Center in Edmonton which was a good experience, as it will be the venue for Nationals. We, unfortunately, experienced a bit of a rough weekend and didn’t win a lot of games,” explained head coach Carolyn Siemens.

Starting off the tournament, Wham struggled to get their footing in the round-robin, which resulted in a suboptimal placing for the playoff round.

“On Saturday, we had some close pool games but were not able to pull out any wins putting us in fourth place. We knew our pool games would be tough as Alberta Volleyball organizes power pools for premieres,” added Siemens.

Later in the afternoon, the team was matched up against a team from B.C. It was another tough game for Wham as the B.C. team was able to cover tons of ground and Wham was unable to find many holes.

“Our first playoff game was Saturday afternoon and we played a team from Dawson Creek, B.C. They served us really well, and we had trouble with our passing, they also scrambled really well so we weren’t able to find the floor a lot,” continued Siemens.

After the tough loss against Dawson Creek, Wham found themselves waking up on Sunday in Division 2. While Saturday was a tough day for the team, the coaching staff saw a steady improvement during Sunday’s action.

“That loss moved us to the bottom half of Division 2. On Sunday morning we played Sherwood Park, and FOG Red. We really saw improvements in our play throughout Sunday even though we weren’t able to take a win. In our final game of the tournament, we played a team from St. Albert and we ended on a winning note. It was a great end to our weekend,” confirmed Siemens. “The girls really played well, came together as a team and had fun.”