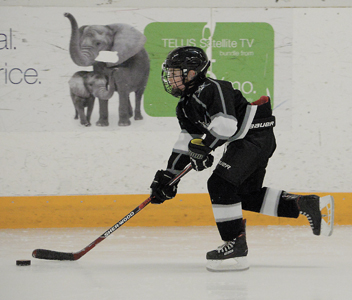 Both U11 Taber Oil Kings were back on the ice this past weekend as they were hoping to continue winning ways as the Central Alberta Hockey League heads towards its conclusion in the 2021-22 season.

The U11 Tier 3 Oil Kings began the first round of the T3 Blue consolation playoffs this past weekend as the team matched up against Irvine. Game 1 went in Taber on Saturday morning, but no game sheet was available on Tuesday morning.

Game 2 went in Irvine the following day, and the home team was all over the Oil Kings as they skated to a 7-1 win. Ryder Nielsen had the lone Taber goal and Brodyn Sutka made 28 saves on 35 shots in the Oil King net.

After rolling in their first-round matchup against Brooks, the U11 Tier 6 Oil Kings didn’t slow down one bit in the second round against Strathmore.

On Saturday afternoon, the teams hit the ice in Vauxhall and the Oil Kings continued their strong play as they won Game 1 10-4. Blake Untereiner had a goal and three assists, Mitchel Kimoto had a pair of goals and an assist, Barrett Devlieger and Samuel Hathaway had a goal and two assists each, Ryden Baker had two goals, Lennon Kover had a goal and an assist, Jaxson Tychsen and Luca Nielsen had two assists each, Logan Rabusic and Lincoln Braun sniped one goal each, and Theoren Bolig had an assist. Aidyn Derksen Arnel was the starting netminder for Taber.

The U11 Tier 6 Oil Kings now head into the T6 Red championship where they will take on Redcliff for the banner.