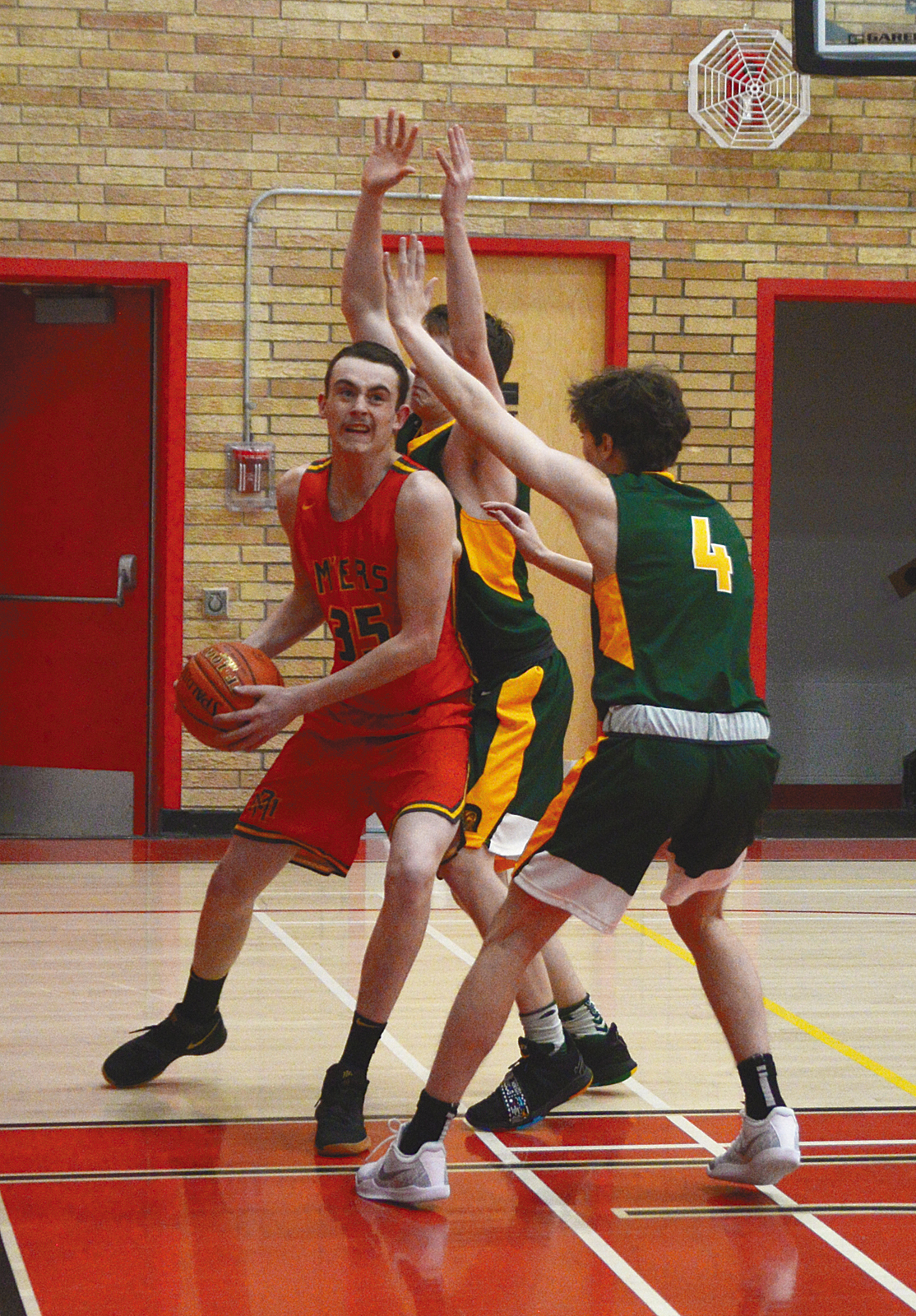 The W.R. Myers Rebels senior boys basketball wrapped up a weekend tournament in Wetaskiwin with a 91-71 win over Strathmore.

Myers also suffered a tough 64-54 loss to Camrose, as offence was a little harder to come by. Chase Jensen led the way with 13, while Lund and Hansen each had 12 points. Lund added nine rebounds and Jensen collected seven boards.

The tournament also included a big 87-61 win for the Rebels over H.J. Cody.