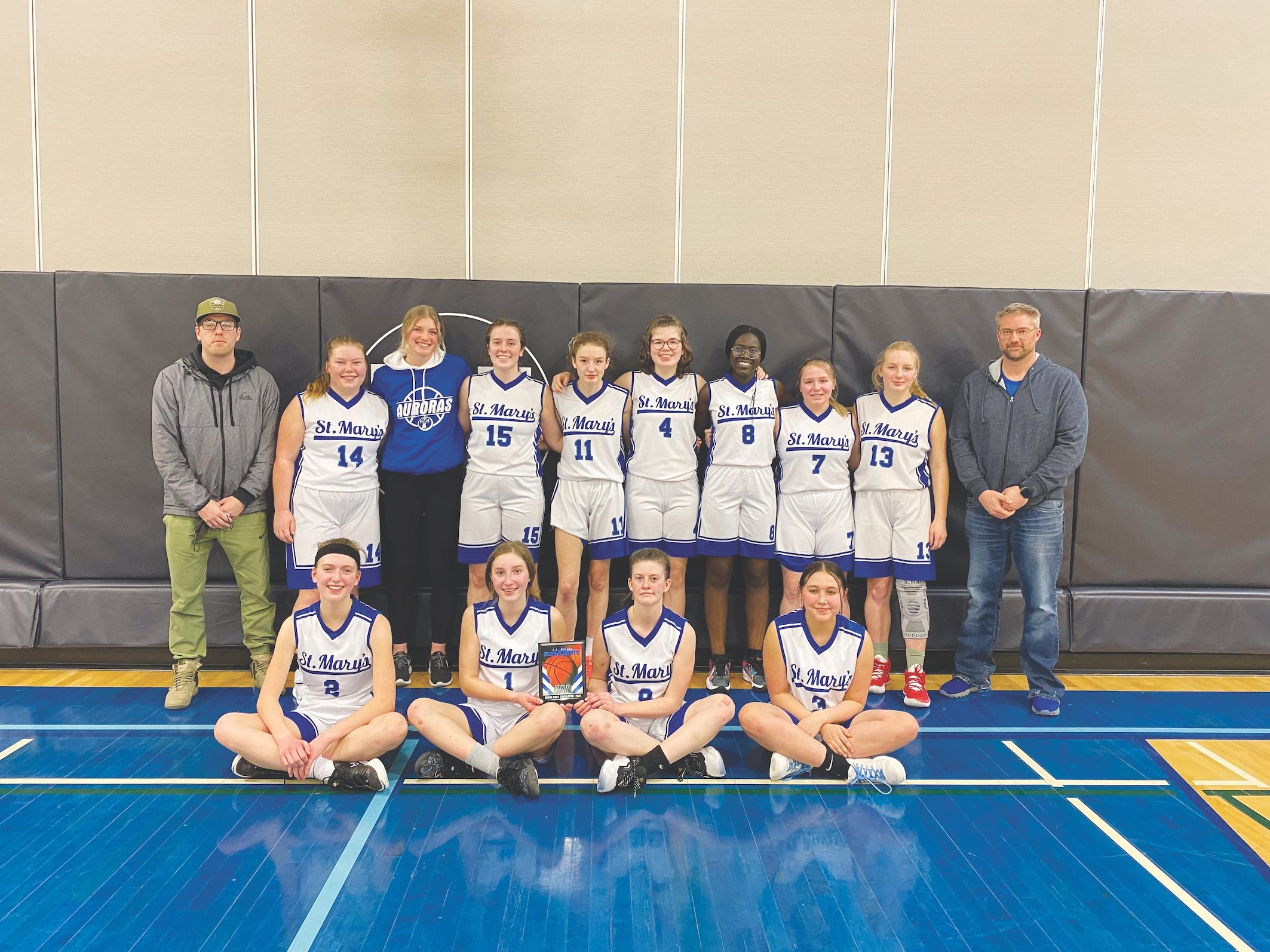 The St. Mary’s Auroras were back on the hardcourt this weekend for another tournament.

After a strong showing at the Rundle College tournament the previous weekend, the team was hoping to build off of those strong performances.

“The St. Mary’s Auroras attended the FP Walshe Blue and White Tournament in Fort Macleod over the weekend,” explained coach Jeff Kooiker. “They had a total of three games over the weekend and started Friday evening with a tough loss to WCCHS (Willow Creek Composite) out of Claresholm. The girls came out very strong and built a 10 point lead heading into the fourth quarter, but were unable to hold off the charge of WCCHS. Jayden DeBoer had 17 points and Logan Meier had 13.”