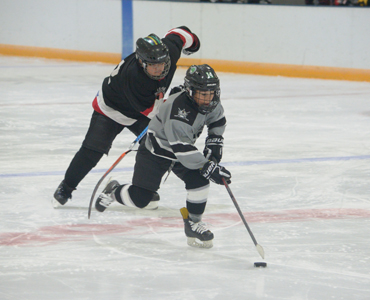 Central Alberta Hockey League action was few and far between this past weekend as many Oil Kings teams were off from the regular-season schedule.

The U11 Tier 3 Oil Kings were off this weekend and will return to the ice on Jan. 29 against Coaldale and Jan. 30 against Vauxhall.

The U11 Tier 6 Oil Kings also had the past weekend off. They will be returning for a two-game slate on Jan. 29 and Jan. 30 where they face Coaldale.

The U13 Oil Kings had a single game on the schedule this past weekend as they took on Brooks for an away game. No game sheet was available Tuesday morning.

The U15 Oil Kings were off this past weekend, but return to the ice for a busy weekend in a few days. On Jan. 28 they head to Lethbridge for a 6 p.m. puck drop. On Jan. 29, they continue their road swing with a game against Brooks and then they wrap up the weekend with a makeup game against Lethbridge at 1 p.m. in Taber.

Another tough weekend came for the U18 Oil Kings as they saw a 9-2 loss at the hands of Bassano on Saturday afternoon.

Gideon Tams and Parker Miller were the goal scorers for the Oil Kings. Chase Plumb got the start in net and faced 53 shots, making 44 saves in the game.

The team has a rematch against Bassano this coming weekend as they hit the road on Saturday for a 7 p.m. puck drop.