U13 Suns return after Christmas break 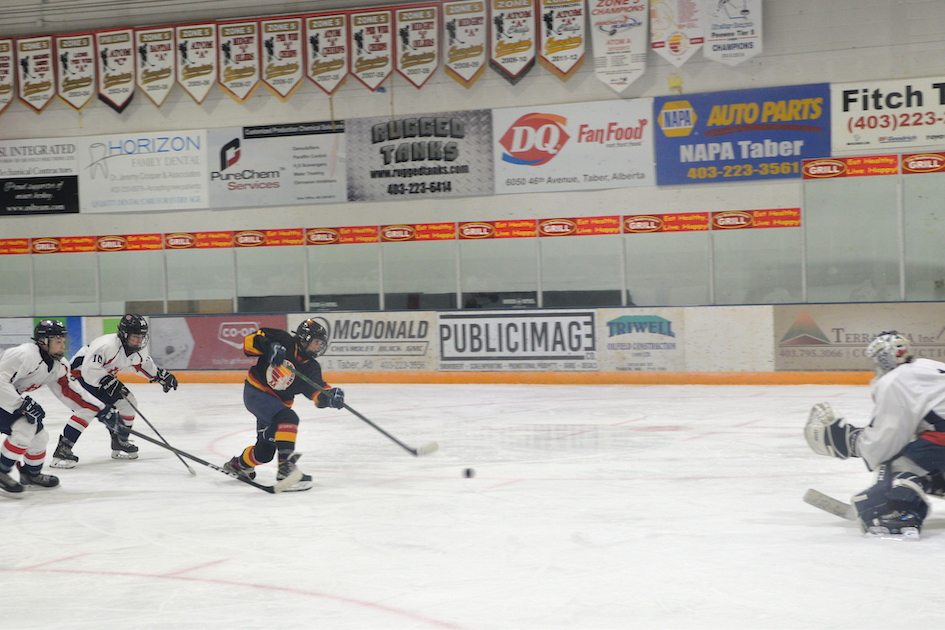 Christmas is over and now Golden Suns teams are preparing for the second half of the South Central Alberta Hockey League schedule.

The U13 Suns were back in action this past weekend with a lone game on tap as they welcomed in the Chestermere Lakers on Saturday afternoon.

The Suns would find the back of the net first with a Truett Moeller snipe with an assist from Heston Hansen in the first.

The Lakers would answer back in the second period with three unanswered goals to take a 3-1 lead into the final frame. Undetermined after losing the lead in the second period, the Suns would see Liam Okell score early in the third before Nixen Miller found the back of the net late in the period to secure a 3-3 tie.

Hansen and Devin Groenenboom would finish with two assists while Curtis Martin had a single.

Liam Slomp made 11 saves on 13 shots fired his way while Griffin Stenger allowed one goal on one shot.

The U13 Suns return to the ice this coming weekend when they hit the road for a two game road swing.

On Saturday, they take on the Bow Valley Timberwolves before returning to the road on Sunday for a matchup against Okotoks Oilers Black.