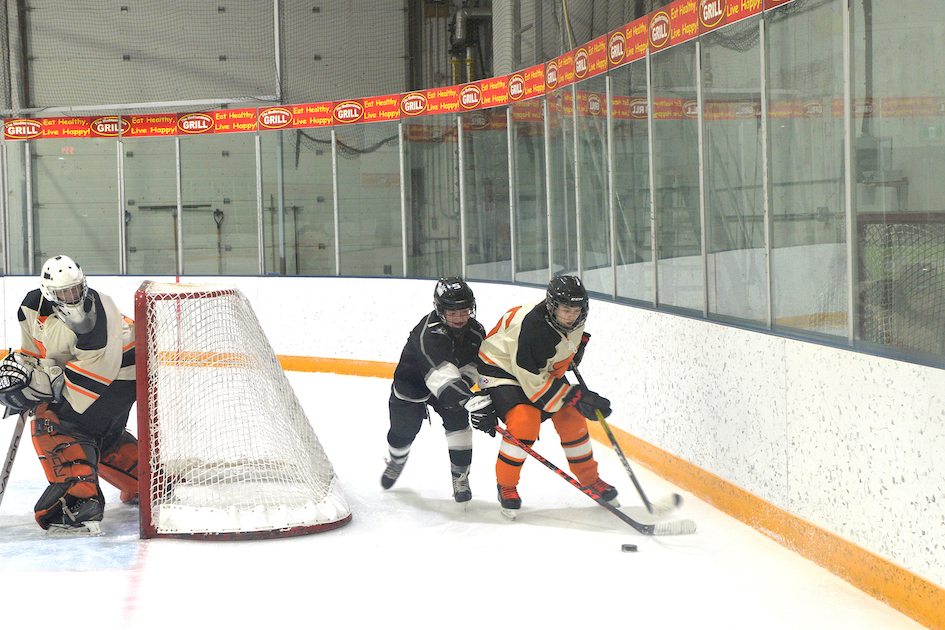 In the final days of November, Taber Oil King teams were back on the ice for Central Alberta Hockey League action.

The U11 Tier 3 Oil Kings had a pair of games this past weekend which resulted in a 1-1 weekend.

On Saturday, the team visited Picture Butte and skated to a 7-6 loss. Hayden Eldridge had a hat trick, Ryder Nielsen had a goal and an assist, Wyatt Valgardson and Cole Swanson had a goal, while Seth Jespersen and Jack Burt had an assist each. Brodyn Sutka faced 35 shots in the loss.

The Oil Kings would rebound on Sunday with a 6-5 win on the road against Redcliff. Nielsen had a hat trick and an assist, Eldridge had two goals, while Charley Fletcher had a goal and Dalan Blasetti had an assist. Sutka made 23 saves between the pipes.

The team has a single game this coming weekend when Irvine travels to Taber for a 12:45 p.m. game.

The team has a pair of homes games this coming weekend Chestermere in town on Saturday at 10:30 a.m. and Redcliff on Sunday for a 10:30 a.m. puck drop.

The U13 Oil Kings had a tough weekend with a pair of games. On Saturday, the team travelled to Redcliff and skated to a 9-4 loss. Delphin DeBoer had two goals, Raiden Koizumi had a goal and an assist, Ethan Volk had two assists, Lincoln Wiebe had a single goal, and Nate Kramer had a single assist. Ashton Jensen faced 26 shots while Jack Lukacs faced 12.

On Sunday, Brooks travelled to Taber and went home with a 4-3 win. The Oil Kings saw goals from Wiebe, Volk, and Skylar Jensen. DeBoer had a pair of assists, while Kramer and Julian Woordman had a single assist each. Jensen saw 42 shots fired his way in net.

Next weekend, the U13 Oil Kings have a pair of games. On Saturday, the team see Lethbridge travel to Taber for a 3 p.m. game and then they hit the road for Brooks on Sunday for a 3:15 p.m. game.

Two games were on tap for the U15 Oil Kings this past weekend as they welcomed in Redcliff on Saturday and Brooks on Sunday.

Saturday saw a 6-3 win for the Oil Kings over Redcliff. Ryan Gray had two goals and an assist, Ryler Kiss had two assists, Konnor Wiebe, Jasper Sidam, Evan Untereiner, and Blake Rabusic had a goal each. Avery Remfert was busy in the blue paint as he faced 63 shots.

On Sunday, the team ran into a brick wall as Brooks skated to an 8-0 win. Ty Dorin had 28 saves while Remfert had six saves in the game.

The U18 Oil Kings had a busy weekend with two games over the weekend. On Saturday, Bow Island/Foremost came to Taber and skated to an 8-2 win over the Oil Kings. Parker Miller had a goal and an assist, Matteo Blasetti had a single goal, and Evan Friesen had a single assist. Wade Ypma made 36 of 44 saves.

On Sunday, Bassano travelled to Taber, but the game sheet was unavailable on Tuesday morning.

The U18 Oil Kings have one game this coming weekend when they travel to Lethbridge on Saturday for a 7:45 p.m. puck drop.