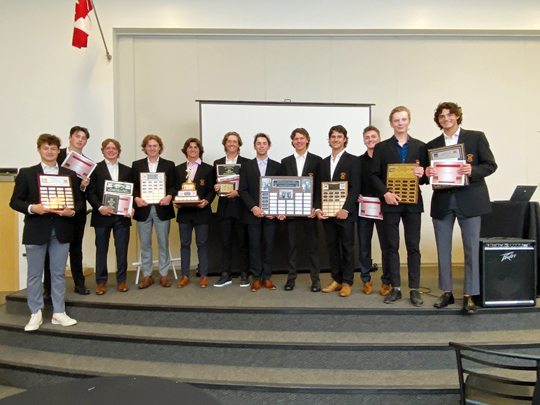 Photo courtesy of the Vauxhall Academy of Baseball.

Academy of Baseball spring seasons have been unorthodox, the team has been able to adapt.

Last spring saw a complete cancellation of the entire season campaign, while this year has seen a lack of games compared to a normal year.

The Jets did get to suit up for a pair of exhibition games this past weekend against the Lethbridge Bulls, but before that, the team was under provincial restrictions which didn’t allow for games.

While no games were held against other teams earlier this spring, the Jets were able to have inter-squad games throughout the weeks of warm weather.

Despite the lack of a normal schedule game-wise, VAB was able to host their ninth annual Celebration of Achievement dinner and awards in early June.

The event was sponsored by Barbara and Yukio Kitagawa.

The following are the award-winners for the 2020-21 VAB season: