In it for the long run: Rattlers add cross country team to athletics program 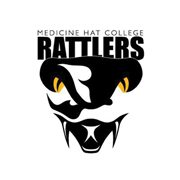 The Medicine Hat College Rattlers will be home to a brand new cross country running team when the Alberta Colleges Athletics Conference inevitably resumes play in 2021.

After years of hearing from the city’s cross country running community and watching promising student athletes opt to take their post secondary careers elsewhere, MHC’s manager of sport and wellness Terry Ballard says the college can finally offer the region’s rich running talent a place to further their education and pursue their athletic dreams.

“Several students that have graduated from high school in Medicine Hat have expressed their desire to attend Medicine Hat College, but they’re cross country runners and we did not have a team,” said Ballard. “They would go on to Lethbridge or Calgary and that didn’t sit well with us. We’re going to do our best to hopefully keep some kids in town and make our student-athlete program stronger.”

The ACAC cross country season is composed of five grand prix events, followed by the annual ACAC championship – with tickets to nationals on the line.

Ballard says the college will be posting for the head coaching position this week. As soon as a coach is hired, staff will begin recruiting athletes.

“There have been a few people who have expressed some interest, but we have to go through the proper protocols,” said Ballard. “Hopefully by the end of this week we’ll have an advertisement out, and we’ll get some candidates in and pick the best one, we feel, for our program.”

Ballard added he anticipates some of the school’s current student athletes to add cross country to their schedules as well.

“I think there might be some student athletes that will,” said Ballard. “If you look at soccer, for example, there are some fairly good runners, and I understand that basketball players have transferred those skills to cross country. So I anticipate some of that will happen.”

While ACAC competition won’t resume until January 2021 at the earliest, Ballard says athletics at MHC will resume in the form of training and practices this fall.

Ballard says the goal is to provide student athletes with a sense of structure through the down time. Athletes will still be able to participate in training and community engagement, complete academic progress reports and potentially even get in a few non-conference games, if permitted.

“The college’s approach is that we want to ensure the environment exists for student athletes that is as close to normal as possible,” said Ballard. “Not every school is doing the same thing, but our approach was, yes, physical readiness and physical fitness is really important, but a lot of these young folks need some stability as well. The mental wellness thing is a big part of it, I think, not only for the student athletes but for the staff as well.”

Teams and facilities will also follow enhanced cleaning and distancing measures to help prevent the spread of COVID-19, says Ballard.

“We spent the last couple weeks working on the protocols and procedures. They’re not finalized yet, there’s still a few more hoops to go,” said Ballard, adding the college has ordered a fogging disinfection machine. “After every practice, that will be sprayed on all the equipment that was used, as well as door handles and things like that. I guess it settles in 10 minutes and it completely sanitizes equipment and facilities, so we’re looking forward to getting that.”

Muir – who spent five years with the Rattlers – will join up with MHC’s coaching staff under the mentorship of head coach Clayton Nielsen for the upcoming season.

“She was a natural fit as soon as she mentioned she wanted to do it,” said Ballard. “She’s a great candidate for the program, and just to have her extend her stay with us like Courtney Henry did, we’re very excited to have that.”