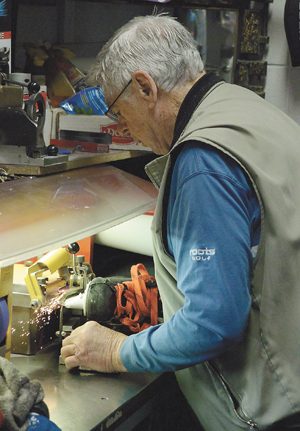 The Taber Community Centre will reach an important milestone in 2020, but with pandemic restrictions in place in the community it remains unclear if the municipality will be able to publicly mark the occasion.

“It is 50 years this year,” said Mayor Andrew Prokop. “Basically there’s some renovations due for this spring-summer, to do some of the kitchen area in the civic centre (Taber Arena) main area. Nothing is planned 100 per cent for sure at this stage, but it’s definitely been talked about and considered to do something.”

“We don’t have anything iron-clad in place just yet, but they were looking at some possibility this summer for something along those lines,” continued Prokop. “We’re certainly looking at that — stay tuned, more information to come.”

Taber’s first Community Centre was constructed in 1951, with the Taber Lions Club instrumental in acquiring a building from a former prisoner of war camp in Lethbridge for $250,000. The hangar was dismantled, transported to Taber, and reassembled.

This structure served the community until 1969, when a fire destroyed the building in the early morning hours of Jan. 1 following a New Year’s Eve Ball. Immediate plans were put in place for the construction of the present facility, and by August 1969 a contract for the structure had been placed with Poole Construction for $817,000. Finished in October 1970, the present Taber Community Centre has now served residents for almost five decades.