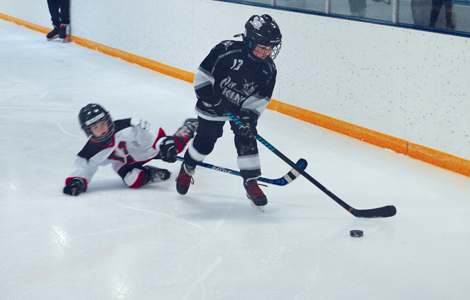 Taber atom “A” Oil Kings have been eliminated from playoffs after its second loss in the first round, with a 10-6 defeat at the hands of Medicine Hat on Sunday.

Nixen Miller had four goals and an assist in the loss. Dane DeGraw had a goal and an assist. Delphin DeBoer notched a goal and Heston Hansen, Raiden Koizumi, Nate Kramer, Lincoln Wiebe and Cruz Duell had assists.

Earlier, the Oil Kings were edged by Medicine Hat 9-8 on Saturday in a hard-fought game.

Prior to the playoffs, the Oil Kings beat Bassano 8-2on Feb. 15.

Beswick had another that trick and Zachary Fehr and Stronge scored twice. Langhofer-Krahn, and Tage Jensen had singles.

Oil Kings finished things off with a 12-9 victory over Irvine Bulldogs on the road on Feb. 16.