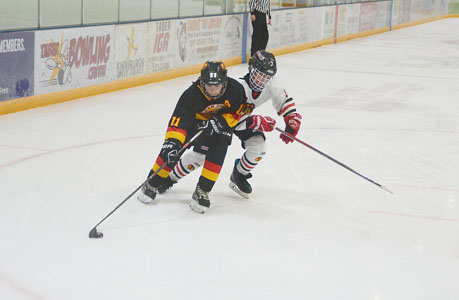 Keegan Stenger and Kahil Wright faced a combined 28 shots in the loss.

Preachuk and Connor Chapman scored for the Suns. Kobe Fujita had two assists.

Wright took the loss in net, facing 37 shots on goal.

The Suns then host Cranbrook Hornets on Sunday at 1 p.m. at the Taber Arena.