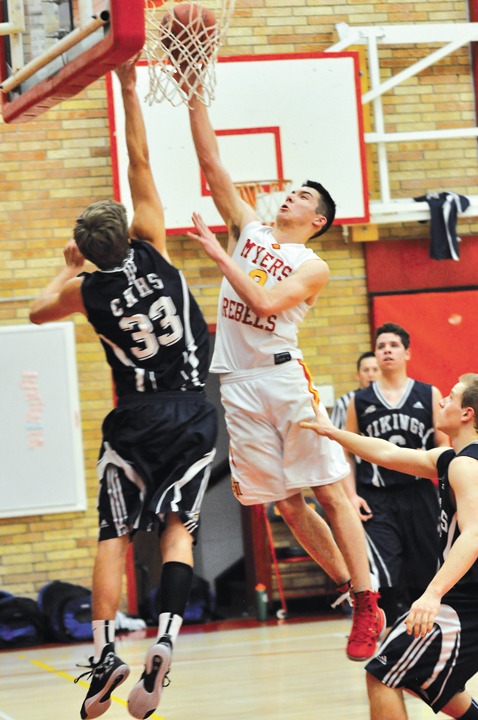 Balanced scoring and timely defence helped the W.R. Myers Rebels junior varsity basketball team win all its games in a season tune-up at the Winston Churchill Bulldog Jamboree over the weekend.

The team’s first game was a 79-49 victory over Immanuel Christian JV on Friday.

Joel Torrie had 16 points and Carter Moser hit for 15 points.

Ethan Chapple and Chase Jensen each had 12 points apiece.

The Rebels entertained a traveling Australian team on Saturday and won 78-44.

Colby Hansen had 19 points and Torrie poured in 17. Chapple rounded-out double-digit scorers with 10.

Rebels finished things off with an 85-70 victory over host Winston Churchill JV.

Moser and Chapple each had 17 points apiece, as the Rebels were able to pull away thanks to a 21-8 second quarter.

Next action is Thursday versus Bassano and Friday and Saturday, the Rebels play at a Medicine Hat High School JV tournament.