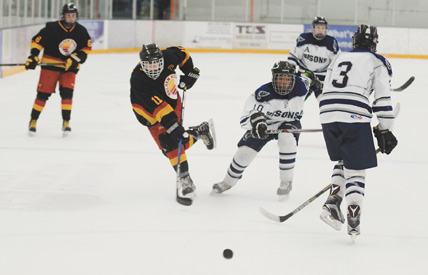 The first was a 3-1 loss to Cranbrook Wings on Friday evening.

The Golden Suns bounced back with a 6-0 blanking of Chestermere Lakers on Sunday afternoon.

MIDGET: Midget “AA” Golden Suns suffered a 7-4 loss to CNHA Canucks on the road on Saturday.

Wyatt Broderson had the hat trick for the Golden Suns, with a single by Carter DeBoer. Jayden Kostiuk had two assists.