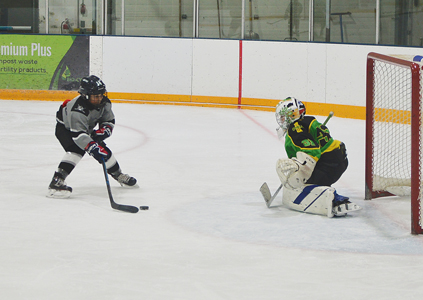 Taber atom Oil Kings had an offensive explosion against Lethbridge at the Taber Arena on Saturday afternoon, with an 11-3 victory.

Sunday saw the Oil Kings on the wrong side of a lopsided score this time around, in a 10-2 loss to Okotoks Green.

Saturday saw the Oil Kings skate to a 5-5 draw with the Magrath Chiefs.

On Sunday, the Oil Kings suffered a 5-2 defeat to Irvine Bulldogs.

Zachary Fehr and Langhofer-Krahn scored for the Oil Kings.