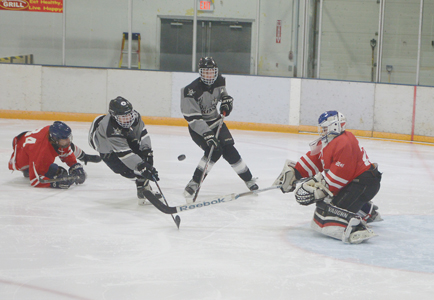 The team returned home on Sunday and earned a 14-4 victory over Oyen at the Taber Arena.

Stronge had five more goals and Miller had four goals. Cruz Duell and Konnor Wiebe each had two goals apiece. Kiss had a single.