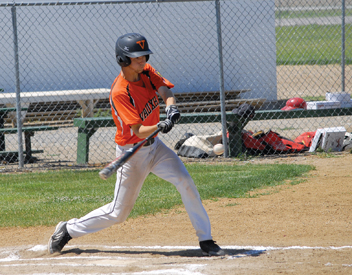 With a bold vision for improving sports facilities in the community, the Baseball-Softball Enhancement Society has approached the Town of Taber for assistance in initiating their fundraising efforts.

In 2016, there were discussions at the Taber Recreation Board level regarding forming a community group of volunteers to finish the Ken McDonald Memorial Sports Complex (KMMSC), particularly with an eye towards completing a fourth baseball diamond, but the idea did not reach fruition. Early in 2018, a group of individuals in the community has come together with the purpose of enhancing the baseball and softball facilities in Taber, and is in the process of achieving society status. Group discussion has focused on potential future development plans for the baseball and softball fields in Taber, and representatives of administration have been in attendance at their meetings and are working collaboratively with the group.

The group is proposing to sell fence line advertising at KMMSC as a method to raise additional project funds for the facility’s completion, and were seeking council’s approval for the town to provide tax receipts for financial donations. Administration has reviewed Canada Revenue Agency legislation, and is able to collect the funds and issue receipts — provided the funds in question go towards that specific project.

“You have a great vision here, and a really great committee working on this — a lot of numbers as I understand it — and this is overdue to finish off that fourth diamond,” said Mayor Andrew Prokop at council’s March 26 regular meeting.”It’s been on the table for quite some time to do that.”

There is currently $250,000 approved in the 2019 capital budget for the development of a fourth ball diamond at KMMSC. The completion of the facility has been discussed many times in recent years, but little action has been taken. KMMSC is now 18 years old and has never been completed to align with the original vision.

The society is looking at sponsorship opportunities to offset some of the costs that would not only look at adding another diamond to the sports park, but would also convert the high school diamond to softball, build a concession stand and washroom facilities, and some extra maintenance into the Lon Ferguson diamond. The society is looking at selling 30 signs at $1,500 for a three-year commitment for businesses. The business will provide the sign and be responsible for the maintenance of the sign.

On March 26, a delegation from the society headed by Nathan Cummins and Rick Popadynetz detailed the popularity of the sport in the community and the opportunities to enhance the facilities that already exist as well as look at additional diamonds.

Popadynetz expects the society to be able to raise $150,000 in grants and donations in its first year in existence.

The Mennonite Softball League has 28 teams comprised on average of 12 players per team with a 16-game schedule and practice once a week. The league features teams with kids 14 and up and adults. There are 10 teams from the Taber area. The Taber Mixed Slow-Pitch League has 14 teams comprised of between 15-20 players each. Games are played Thursday and Friday nights, using five diamonds on Fridays and two on Thursdays. High school features one team from W.R. Myers for Grades 9-12 with two practices a week and 1-2 games per week. Taber Minor Baseball ranges from T-ball to senior age with just under 100 kids playing. Currently four school diamonds are used along with Confederation Park and Ken McDonald.

Phase Two of the proposal would be to build a new facility to replace the old one at Ken McDonald Memorial Sports Park, along with an intermediate age proposal diamond, preferably close to the high school age diamond that would allow shared access to concessions, washrooms, batting cages and parking.

Phase Three would be converting the Confederation Park diamonds to minor/major-sized parks.

“For the town budget, we would like to finish that fourth diamond (Phase 1) at Ken Mac, and then convert these downtown diamonds to minor-major diamonds,” said Cummins. “The fourth diamond there will have to be built before any of this other stuff can move forward.”

Coun. Carly Firth was cautious in her assessment of the society’s vision, asking if there were opportunities for shared facilities rather than a series of stand-alone diamonds designed for a specific type of ball play.

“There is a possibility of it,” said Cummins. “I believe that the softball people currently use the hardball diamond. It is a possibility. Is it ideal? No. Softball is a lot higher traffic sport, and it can beat up the base paths a little bit. That’s not to say that we couldn’t maintain it, but ideally we would like something separate. They are different dimensions.”

Firth was still concerned about utilization rates of these kinds of facilities, and if the expense would be worth the effort.

“I’m just wondering if we have the numbers — currently, or projected — that would necessitate building three more diamonds. I just would hate to build facilities — for you guys to fundraise for facilities — that aren’t going to be used to the fullest potential, or take up extra land.”

Cummins explained that utilization is less of a concern with the popularity of baseball exploding across the province in recent years.

“The numbers in baseball have grown dramatically throughout the province, and there’s a couple of reasons for that. I think the concussions thing is part of it, and the success of the (Toronto) Blue Jays in the past. If I look at our numbers in baseball throughout the province, baseball has virtually doubled in the last five years. Towns like Airdrie have grown by 22 per cent, Calgary was 900 they’re up to 1,400. In Taber here it’s grown by about 20 per cent.”

He went on to suggest the opportunity might exist for Taber to potentially expand into fielding an American Legion ‘A’ baseball team — if the community has the proper facilities.

“The other thing is Vauxhall Spurs, the American Legion team, probably has enough kids for a second team,” said Cummins. “And the idea is hopefully to play out of Taber for that second team.”

Popadynetz suggested higher-level ball being played in the community could open up avenues of post-secondary advancement for area athletes that had not existed in the past.

“American Legion ball, with the border so close to us, a lot of our kids in our schools don’t get a chance to go on to a scholarship in the States. This is an opportunity to build a diamond for the kids, at least they could go on after high school and get a scholarship.”

Holding to a fiscally-conservative approach, Firth still questioned if the scale and scope of the society’s vision will be cost-effective when factoring in limited population.

“My concern is mostly about return on investment. We’re going to spend the money — I know you guys are talking about fundraising for it, and that’s amazing — but it is going to be worth it?”

Council discussion eventually focused on the issuance of tax receipts for donations, and it was clear that council wanted more information from administration as to the legality of issuing these kinds of receipts to an organization that has not yet received official society status.

Following discussion, council voted unanimously to accept the society’s presentation for information, and directed administration to clarify the tax receipt situation to be brought back for council’s consideration at a future meeting. Coun. Joe Strojwas was absent, but participated in the proceedings via teleconference call.