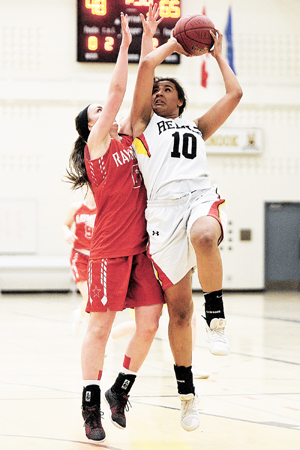 Austen Robbins and Kitawna Sparks were part of the depleted Team Light that was missing three players due to injury in a 109-96 loss to Team Dark.

The dynamic duo were the leading scorers for Team Light with Robins scoring 18 points and Sparks adding 16.

The 2017/2018 league awards also featured Sparks as a First-team All Star.