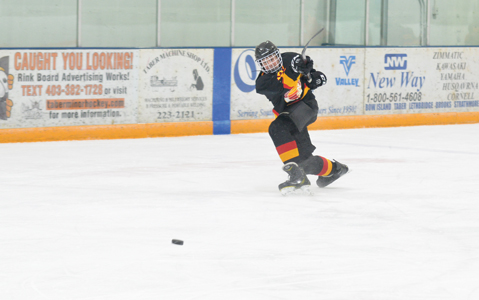 Kahil Wright and Schlenker were under siege in goal, facing a combined 63 shots in the loss in goal.

Friday night’s game saw a 6-0 blanking at the hands of Lethbridge Hurricanes 17-9-6) on the road.

Taber bantam “AA” Golden Suns rebounded by returning the favour on the Hurricanes by beating them 5-2 back at home on Saturday afternoon.

Caden Heins and Jed Magarrell each had two assists.

MIDGET: Taber midget “AA” Golden Suns (16-12-6) dropped both of its games in SCAHL competition over the weekend.

Logan Leroux faced 30 shots on net in the loss in goal.