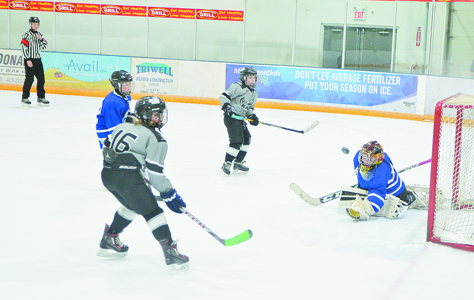 Taber novice Oil Kings skated to a 7-5 victory in Central Alberta Hockey League play over Duchess Storm at the Taber Arena on Sunday.

Nixen Miller led the charge with four goals and an assist.