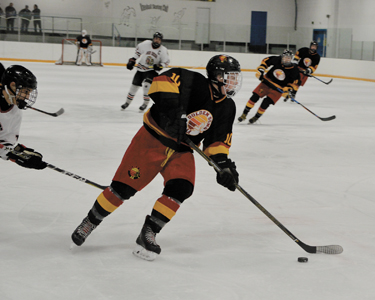 Mason Sande, Dallas Bodnar, Kole Fujita and Cody Stange tallied for the Suns. Kolten Heins managed two assists in the game that was played in Vauxhall.

Logan Leroux faced 36 shots on net to preserve the tie for the Golden Suns.

Taber midget “AA” Golden Suns are on the road this weekend with games against Lethbridge Hurricane Hounds (20-4-4) on Friday and CNHA Blazers (5-2-2-) on Sunday.

Caden Heins scored the lone Suns tally with an assist from John VandenElzen.

Ty Young faced 44 shots on goal in the loss in net.