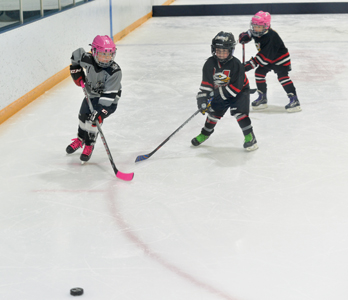 Taber novice Oil Kings skated to an 11-7 win over Bassano Outlaws on the road on Saturday in Central Alberta Hockey League play.

ATOM: Taber atom “B” Oil Kings earned a 10-3 victory over Lethbridge Snipers on the road on the weekend.