Midget Oil Kings take it down to the wire 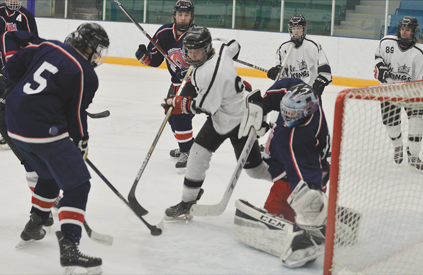 The third and deciding playoff game for the Taber midget ‘A’ Oil Kings comes down to this weekend in Fort Macleod after the two teams split this past weekend.

On Saturday, the Oil Kings dropped an 8-1 decision to Fort Macleod.

The team bounced back with a 5-4 win on Sunday.

Bodnar also drew three assists with Kerkhoff and Dylan Jones getting two assists each. Leismeister had a single helper.

INITIATION: Taber initiation 3 Oil Kings played its last games of the regular season, starting off with a 15-6 win over Lethbridge on Saturday at the Taber small ice.

Sunday’s tilt was a 13-10 win over Lethbridge Panthers on the road on Sunday.

Schalk had four goals and Volk and Degraw had hat tricks. Kramer tallied twice and Ruggles had a single.