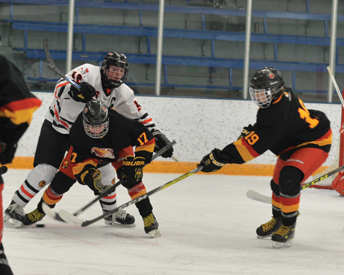 Theo Paskuski got the win in net, facing 23 shots on goal.

BANTAM: Taber bantam “AA” Golden Suns return to SCAHL play on Friday at home with a game against Cranbrook Hornets at 8:30 p.m. at the Taber Arena. The team then travels on Saturday to play the Airdrie Lightning.