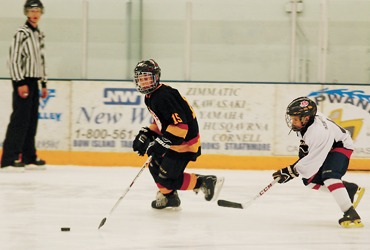 Taber peewee “AA” Golden Suns ended off its South Central Alberta Hockey League regular season on a high note with a 9-3 victory over Lethbridge Hurricanes Red. The team rallied back from a 3-2 deficit with seven unanswered goals.

Scout Sidam earned the win in net, stopping all 12 shots he faced as he relieved Brenden Olson who faced 16 shots on goal.

BANTAM: With SCAHL playoffs starting this weekend, Taber bantam “AA” Golden Suns will make provincials regardless of the outcome as hosts of the tournament March 17-20.

Seth Graham earned the tie in net, facing 35 shots on goal for the Suns.