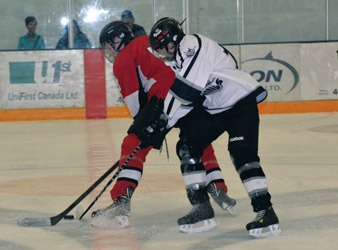 Duell had two assists, Eldridge, Jensen, Skiba McCulloch had one assist each

Duell, Jensen and Walker Skiba had two goals each and Hansen and Marchuk each scored once.

Duell had four assists, Blasseti had two assists and Gensorek had a single assist.

Kahil Wright had the wins in net and has gone undefeated in his last 10 games!

Atom B played against Raymond on Friday, Feb.12, and lost 19-10. Carson Love and Jayden Holland scored three goals each, Evan Rabusic scored twice and both Ashton Lukacs and Tristten Egeland-Cusker scored once.

Jayden Holland, Carson Love and Evan Rabusic had two assists apiece and Logan McCombe had one.

Jaxson Coutts, Evan Rabusic and Vancce Kramer all had two assists each.

Kress had six assists, Komery had four, Hendricks and Stronge had three, Fabbri and Cassidy Phillips had two each and Murphy, Kromm, Kaya and Ty Fitch each had one assist.

Stronge, Kress and Tanner Fletcher had two assists each and Maxwell Anderson had one assist.