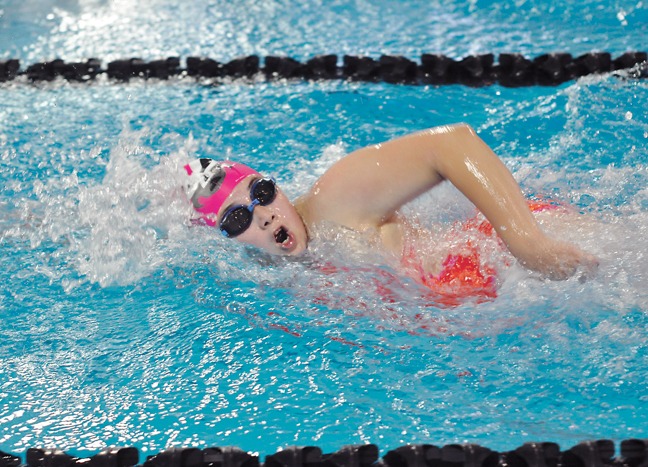 There will be at least nine locals who have qualified to Alberta Summer Swimming Association provincials this weekend in Edmonton after strong showings at regionals in Lethbridge this past weekend.

“We had two kids swim at provincials. To qualify for provincials, you swim your event and the top two times from each event go to provincials,” said Teri Cook, head coach of the Taber Viper Swim Club. “Then the next fastest heat out of the entire province gets wild carded,” said Cook, adding even more Vipers may qualify for provincials after qualifying wild card times are calculated today. “We had kids peak at this swim meet. Me and the other coach were blown away about how good these kids did.”

Emily Carver qualified for Edmonton by earning second in her 50-metre fly event (54.13).

Emma Fenske clocked in a top time among her competitors for 50-metre backstroke (1:02.48).

“Overall, every swimmer that went did really well compared to their own skill level with their personal-best times,” said Cook. “For those that qualified, we have quite a few kids that are up there in the standings who will have a really good chance in bringing home a provincial medal. For regionals and provincials it’s really tough. You don’t have to be just physically ready for it, but mentally as well. You can’t let things get in your head and our kids did awesome (at regionals). They didn’t let anyone or anything get in their head.”