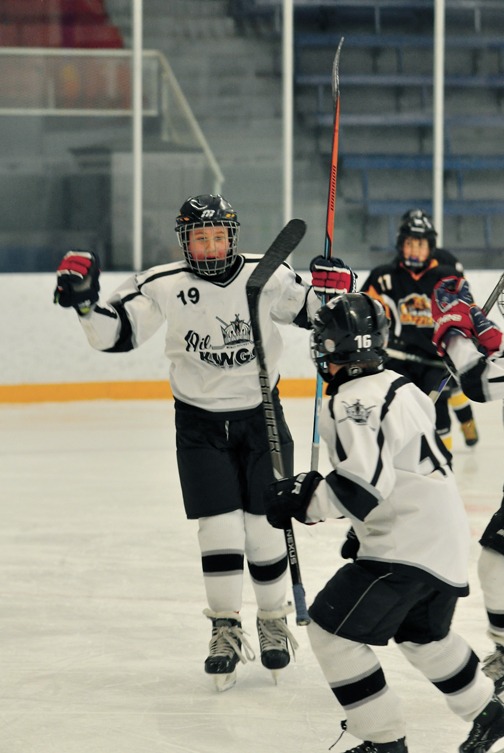 Taber bantam Oil Kings earned two victories in its games over the weekend.

The first was a 7-3 win over High Country on Friday.

Sunday’s game was a 6-1 win over Hussar.

PEEWEE: Taber peewee ‘A’ Oil Kings dropped a 6-2 game to Coaldale on the road on Sunday.

Max Nevil scored both Oil Kings goals with an assist from Joey Fabbri.

Taber peewee ‘A’ Oil Kings have a crucial stretch of upcoming games Feb. 4-8 to conclude its regular season including home games at 5:30 p.m. against Medicine Hat on Saturday and an 11 a.m. game on Sunday against Okotoks. The top four teams continue on in the playoffs where the Oil Kings are currently tied for fourth.

ATOM: Taber atom “A” Oil Kings had a busy weekend of hockey with three games, recording a 1-2 record in the process.

In a provincial playdown game, the Oil Kings dropped an 11-8 contest on Friday.

James and Zachery Hauck each had hat tricks. Verloop had a goal to go with five assists. Millo had two assists with Skiba, Matteo Blasetti and Cooper Ross getting single assists.

In a league game on Sunday, the Oil Kings lost 5-2 to Chestermere.

NOVICE: Taber novice 1 Oil Kings won both of its games over the weekend, starting off with a 10-8 victory over Irvine on Saturday at home.

Kade Duell had four goals and two assists. Carter Jensen had the hat trick and Carson Love had a single.

The Oil Kings then went on to trounce Foremost 17-4 on Sunday.

Jaxson Coutts had the hat trick and Tyson Church and Vance Kramer each had singles. Hunter Damberger drew an assist. Kahil Wright took the win in net.