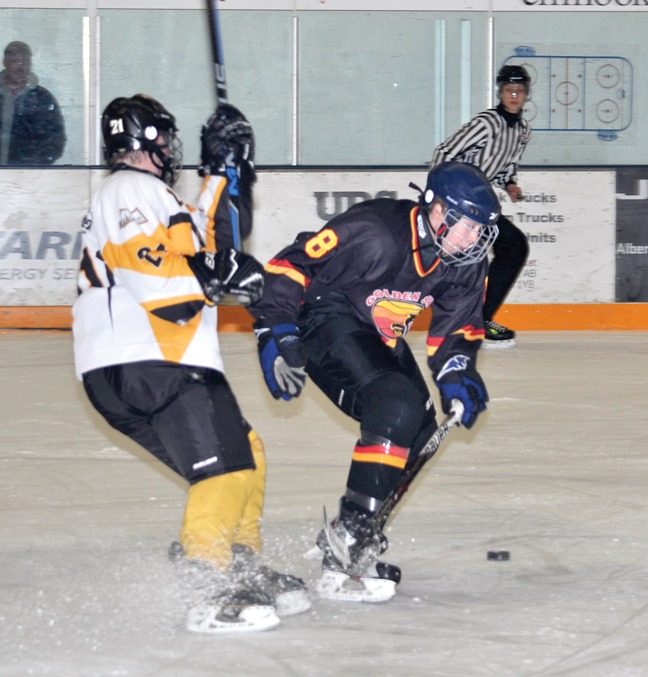 Blake Vaselenak faced 19 shots to earn the win in net.

Taber peewee “AA” Golden Suns hit the road this weekend with a game against Olds Grizzlys on Saturday and a Sunday contest against Red Deer.