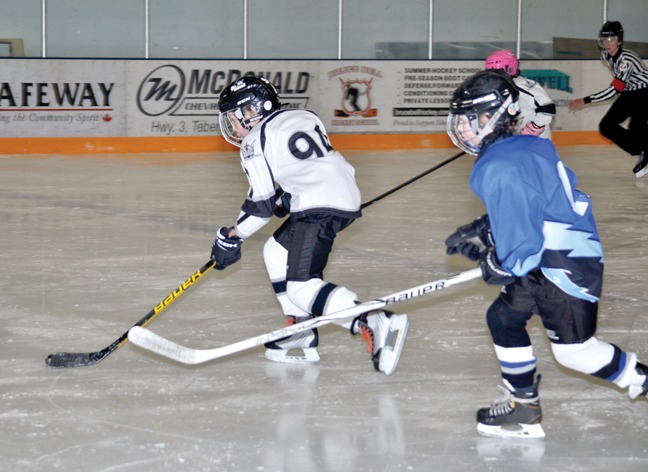 The Taber atom Oil Kings found themselves Thunderstruck when they lost to the Cardston Thunder on Saturday 12-2 in minor hockey action at the Taber Community Centre arena.

Cardston struck early and struck often, and were already up 4-0 when Ashton Lukacs scored to break the shutout with an assist from Kyler Marchuk during the first period of play.

Cardston ripped home two more goals in the second period to go up 6-1, and proceeded with another six goals in the third. Cardston also managed to hem the Oil Kings in their own zone for long stretches of time. Taber managed only one more goal in the third when the puck went off Matthew Gensorek’s stick from a pass by Ainsley Duell during a third period rush.