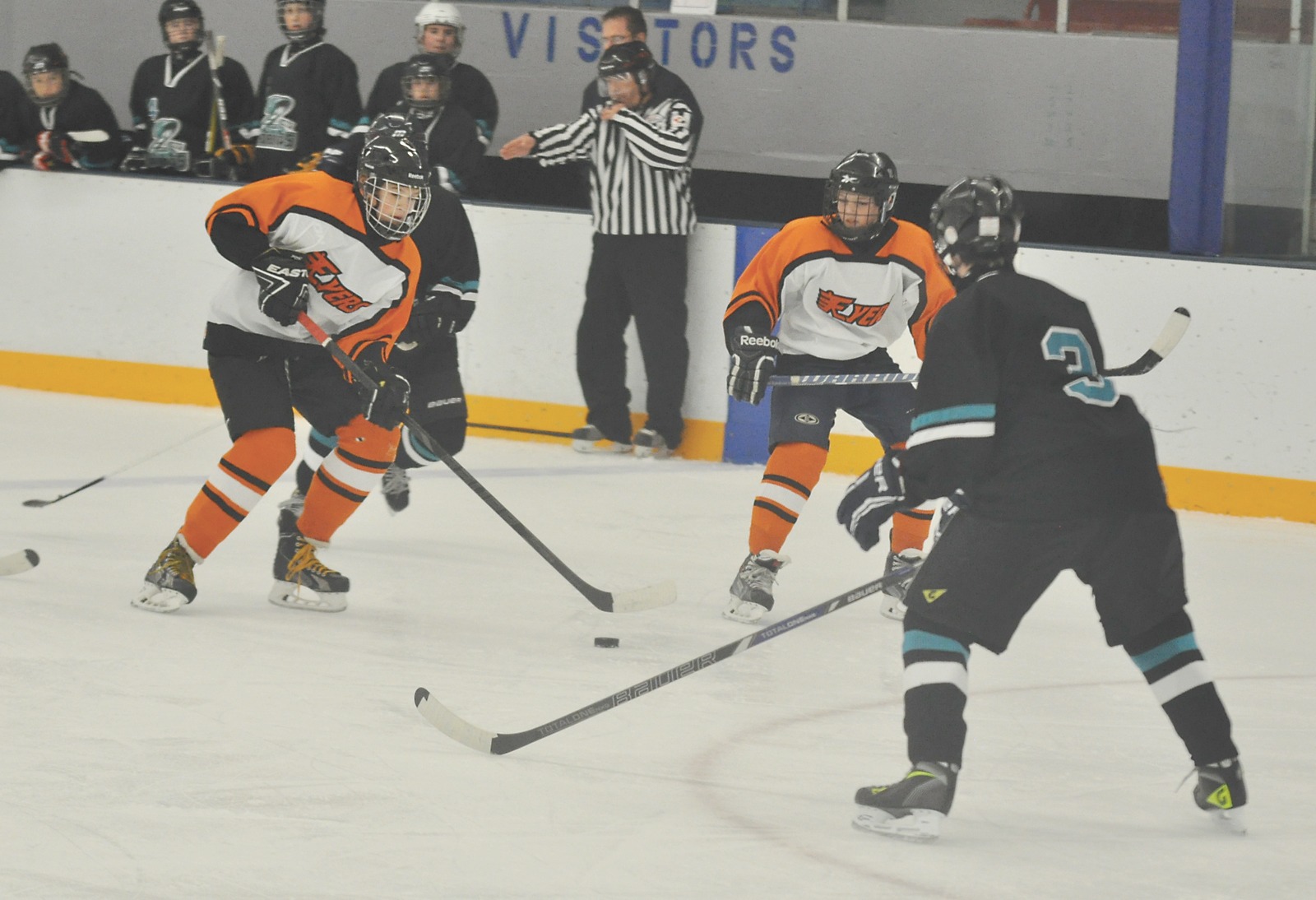 Carter DeBoer had the hat trick with two of his goals short-handed. Cody Stange added two goals and Trey Halvorson had an assist.

Ryan Hubble had two tallies and Rory Murphy and Eric Loewen had singles.

NOVICE: Both novice Oil Kings were in action over the weekend with Novice 1 Oil Kings winning both of its games.

The first was a 12-2 victory against Raymond on Saturday at the Taber Arena.

Carter Jensen and Kade Duell each had four goals apiece.

Carson Love and Jaxson Coutts each had two goals apiece with Duell also getting an assist.
The team traveled to Picture Butte on Sunday and earned a 7-6 win.

Duell had four goals, Coutts potted two and Love had a single.

Hunter Damberger had three assists and Tristen Egeland and Carter Jensen each had a single assist.

Taber Novice 2 Oil Kings played Cardston on the weekend and were edged 6-5.

Kayden Kress led the way for the Oil Kings with three goals and an assist. Nathan Planger had two goals and two assists and Tanner Fletcher notched a single.

Max Anderson and Chase Stronge each had hat tricks for the Oil Kings. Cruz Duell got two goals and Jaida Peters and Ryler Kiss each had singles.

Taber Initiation 2 Oil Kings dropped a 10-6 game to Lethbridge on Saturday.
Konnor Wiebe and Lincoln Weiss both had hat tricks.