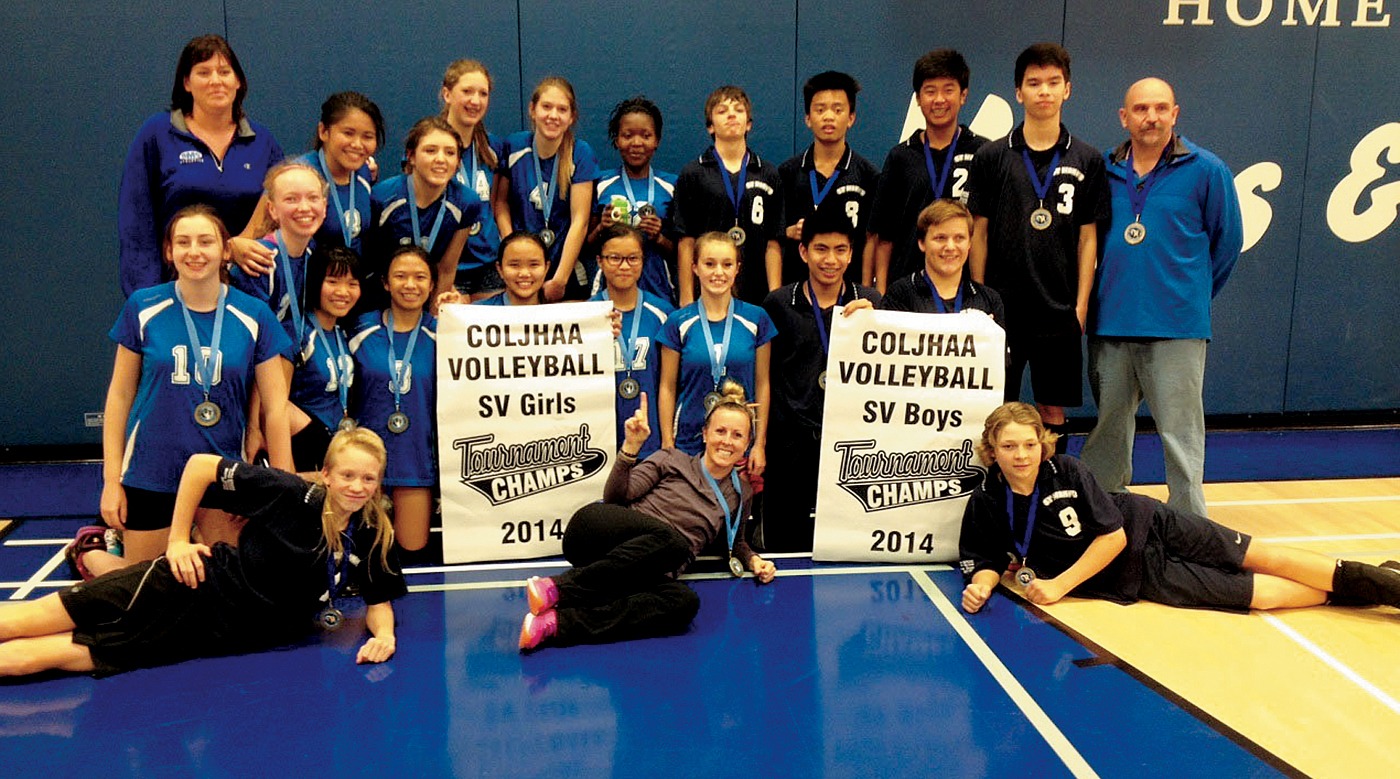 St. Mary’s Storm volleyball programs are going into 3J zones this weekend on a high as both the varsity boys and girls programs won their respective County of Lethbridge championships on Saturday in Picture Butte.

The boys Storm beat St. Joseph’s in the championship final in two straight sets, but not without some difficulty.

“We routed a few reams where teams that were close throughout the season, we turned it up a bit,” said Derry Kolody, head coach of the St. Mary’s Storm varsity boys volleyball team. “In the final we found ourselves down in the first game in the final 18-11. We were down and coach had to call some time-outs to settle things down and motivate. The final scores were 25-22, 25-22 for us. It was pretty tight.”

Kolody is confident his Storm will be in the mix when 3J zones will roll around at County Central High School in Vulcan.

“This is one of the stronger teams we’ve had in awhile with five Grade 9s and I think I have one of the best setters around which makes everything easier,” said Kolody. “We lost to Fort Macleod in our Storm tournament and I think they are the team to beat. But, we have a solid chance. Anything can happen in junior high athletics. We should be in the mix.”

The girls Storm won its league championship with a three-set win over St. Catherine’s.