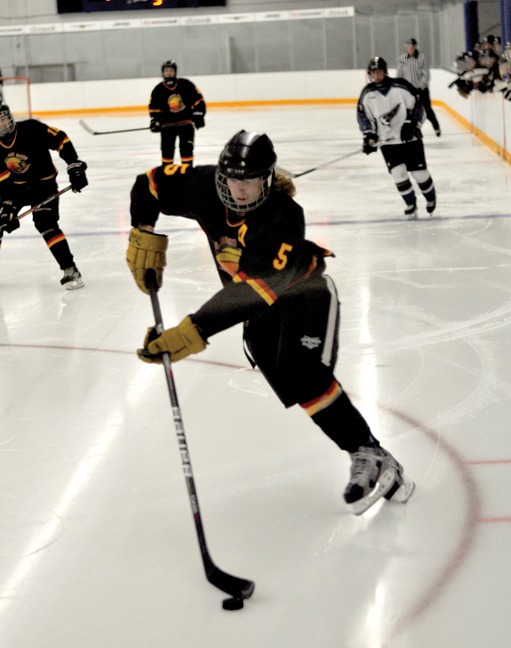 Taber peewee “AA” Golden Suns have continued to remain golden so far this young SCAHL season as the squad pushed its record to a perfect 6-0 over the weekend.

Sunday’s tilt featured an 8-5 victory over Airdrie Lightning (1-3-2) at the Taber Arena in which the squad showed its fortitude, overcoming three separate deficits during the game.

Brayden Peters earned the win in relief, stopping all eight shots he faced.

Peters was solid in net, facing 42 shots to earn the win.

BANTAM: Taber bantam “AA” Golden Suns (2-5) earned a win in its lone game over the weekend in a 3-2 win over Medicine Hat Venom (0-7) at the Taber Arena on Friday night.

Taber bantam “AA” Golden Suns travel to battle Airdrie Lightning on Saturday and are on the road again on Sunday against Wheatland Warriors.

MIDGET: Taber midget “AA” Golden Suns (3-2-1) won both of its SCAHL games on the weekend, starting off with a 10-2 drubbing of Cranbook Knights (0-7-1) on the road on Friday night.

It was a much tighter defensive game on Saturday at the Taber Arena in a 2-1 victory over Foothills Bisons (2-4-1).

Moser and Heppler scored for the Suns who got assists from Clay Nevil and George Bertoia. Dylan Swanson preserved the win by stopping 35 of 36 shots.