Posted on August 20, 2014 by By Greg Price gprice@tabertimes.com 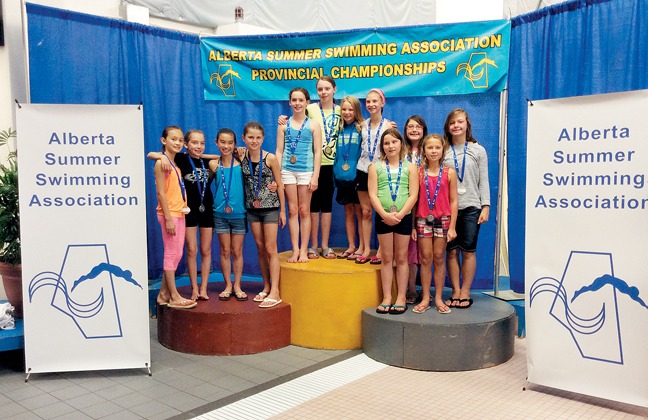 There were nine Vipers who made their way to Alberta Summer Swimming Association provincials in Edmonton this past weekend in which some returned with some shiny new medals.

“I think our swimmers did really well. We had a lot of personal-best times and we came home with quite a few medals,” said Caitlyn Nichols, head coach of the Taber Viper Swim Club.

“It was a really awesome weekend.”

He also earned a fifth-place finish for 50-metre breaststroke (41.82).

“They have been at the top of their age group all season long. It was great to see them go into provincials and come out with some medals,” said Nichols.

Other Vipers who qualified and made the trip to provincials included Dylan Saunders, Renae Saunders, Danielle Wright and Genna Wright.

“It was a great season and I was glad to get a chance to be with the swimmers and coach them. It was awesome,” said Nichols.
Taber Viper Swim Club will finish the season with its year-end awards on Aug. 28 at the M.D. Park.