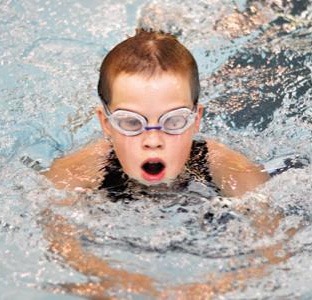 There were 18 members of the Taber Viper Swim Club that made their way to regionals this past weekend with several earning top-five finishes while others’ top-two finishes earned them a trip to provincials in Edmonton this weekend.

“Anyone can go to regionals and if you place in the top two you are guaranteed a spot in provincials. There is also room for six wildcards, what that means, the next six top people in all of Alberta get to go,” said Caitlyn Nichols, head coach of the Taber Viper Swim Club. “Everyone tried so hard and it surprised me some of them going to provincials. They set goals at the beginning of the year to make provincials and they did. I’m thoroughly proud of all the swimmers that went.”

The following are top-five finishes in alphabetical order:

Brooke Capner took fourth in her first race for 100-metre fly while taking fifth in the second race for 15-to-17-year-old girls.

Shea Garner finished in second for her 100-metre IM races and fifth for 50-metre breaststroke for nine-and-10-year-old girls.

“Darci shattered a provincial record. She’s beat it three times within the last two weeks,” said Nichols of her 50-metre fly performance. “That was awesome.”

“They divide the region into small teams and big teams.  It’s not fair if everything was even because we brought 18 swimmers and Lethbridge brought 89,” said Nichols. “We had a really good meet and I was proud of the swimmers that went. I’m excited to see how the swimmers who are moving on do at provincials and where they place.”

After provincials, Taber Viper Swim Club wraps up its season with its year-end awards banquet on Aug. 28 at the M.D. Park.