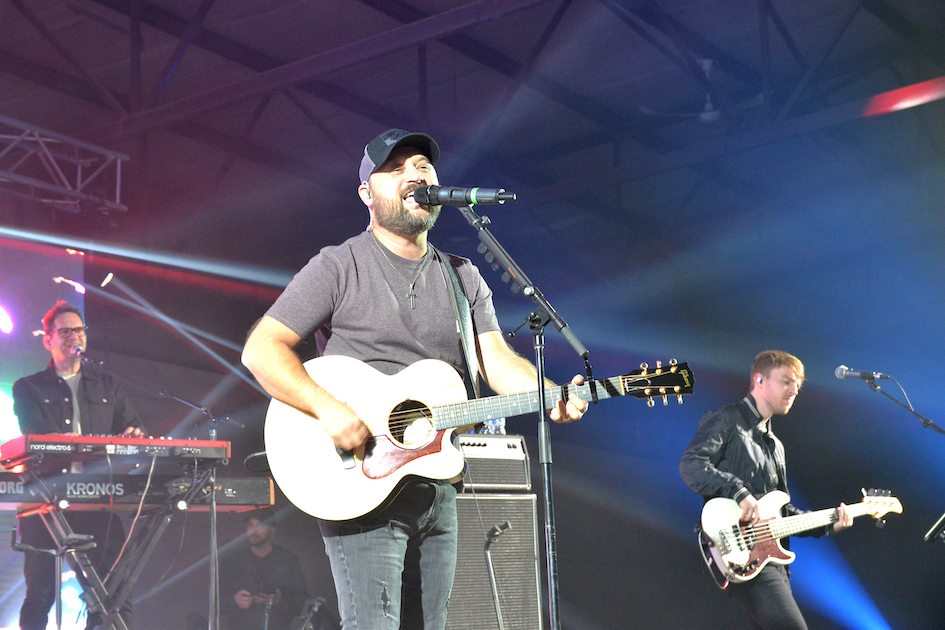 “It went very well. I was very happy with how everything turned out and everything ran as smoothly as we hoped for. People definitely showed up and that was certainly much appreciated. It looked like everyone had an amazing time and really enjoyed themselves,” he stated.

While Spider’s first concert was outdoors and came this past summer with Canadian rock cover band Toque, the second was indoors and featured country music. Overall, things lined up great and Holst says working with both Goodvin and Benedict was a pleasure the whole way through.

“Top notch as well — both of them were just so excellent, down to earth, and friendly, nice people. I was so impressed with Aaron — he spent some time before the show with one of my grandsons who just got his own guitar. He tuned it up and played one of his hits privately for us and he signed it,” explained Holst. “After the show, he was doing signatures and he stayed there with people who wanted pictures or signatures and I noticed every young person that came up, he knelt down to their level and talked to them. It was really nice to see.”

While the venue may not be the first thought when thinking of concerts, the Taber Agri-Plex transformed into a concert venue in short order. It may have not been built with music concerts in mind, but once production crews got set up and people were in the building, it certainly looked and sounded like it was.