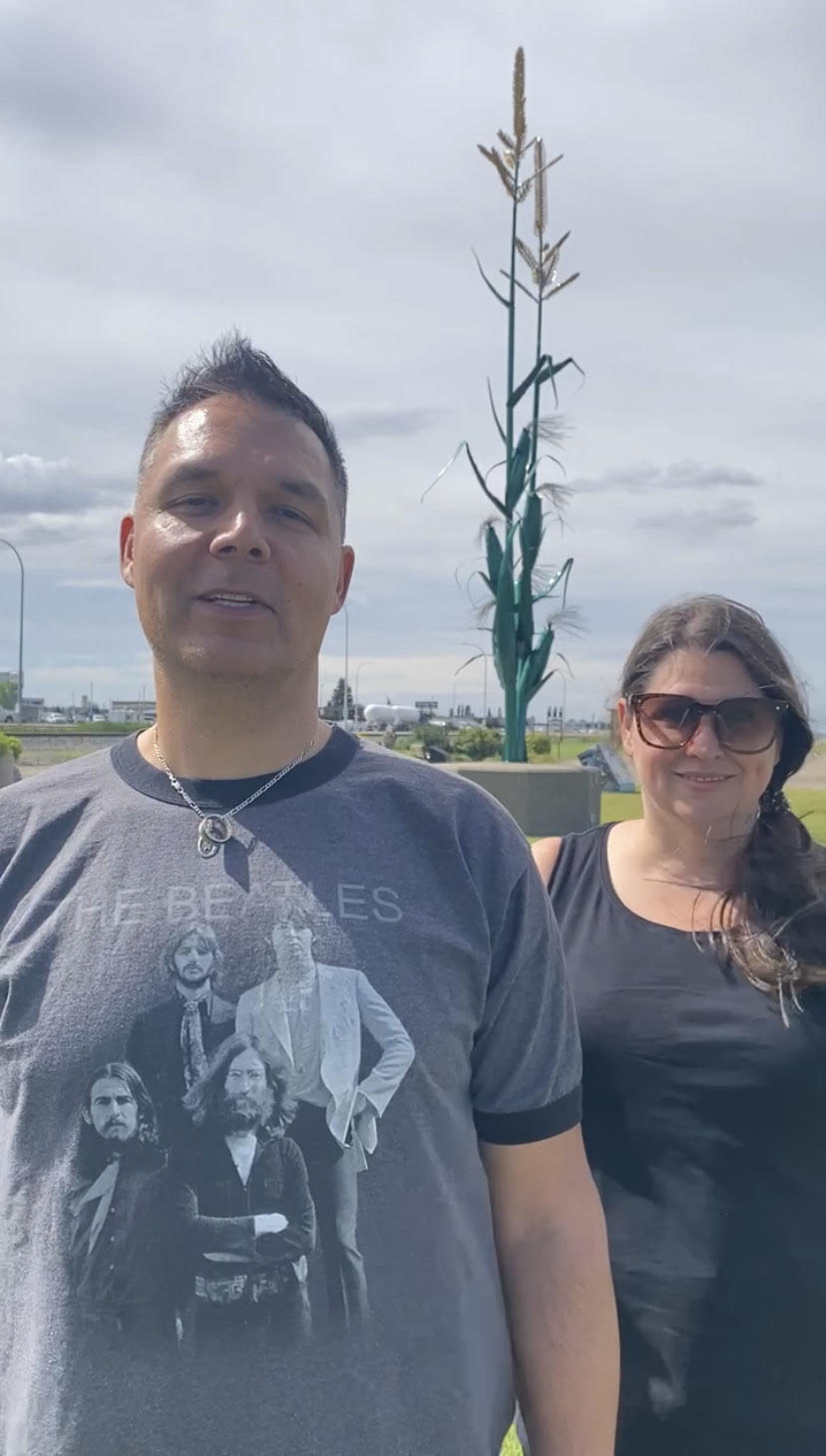 A Calgary-based musical duo called Scarlett Butler recently released a music video for their song “Big Vacation”. In this music video, some keen-eyed observers may notice a familiar-looking field of corn and a giant statue of the same crop. The two artists that made this music video are Joni Delaurier and Troy Kokol, who both spoke on what drew them to make such a unique video depicting well-known landmarks across Alberta.

“I think for us, the nature of the song is talking about not mattering where you are as long as you’re with the person that you love,” said Delaurier. “We thought it would be really fun to just take a whole bunch of day trips around Alberta to prove the point. Whether in front of the Torrington Gopher Hole Museum or all these little spots that make Alberta special, we just thought it would be a really cool way to show a glimpse of the beauty of our province.”

“I think ultimately besides taking the trip around the province to show off some of the cool sites, the other thing for us is we just love getting in the car, grabbing a Starbucks or grabbing a Tim Horton’s, grabbing a snack, and just heading down the road,” said Kokol. “We did 3,500 km in over 10 days in Alberta, and it was just a really fun way for us to spend some time together, and enjoy the province. Really that’s what it was about, and so many of those places, including Taber, we’ve never been to before. I think that was part of the thing too is that I’ve always wanted to go to Taber, and we actually ended up showing up at Cornfest. When we got there we thought, ‘Wow, Taber is a really busy town.’ There were thousands of people walking all over the place and then we realized, ‘Oh, there’s a really big thing going on here.’ It was so fun to catch a glimpse of that, too.”

Following this, they continued the discussion by going into detail about the decision-making process when determining which landmarks they should visit for the music video.