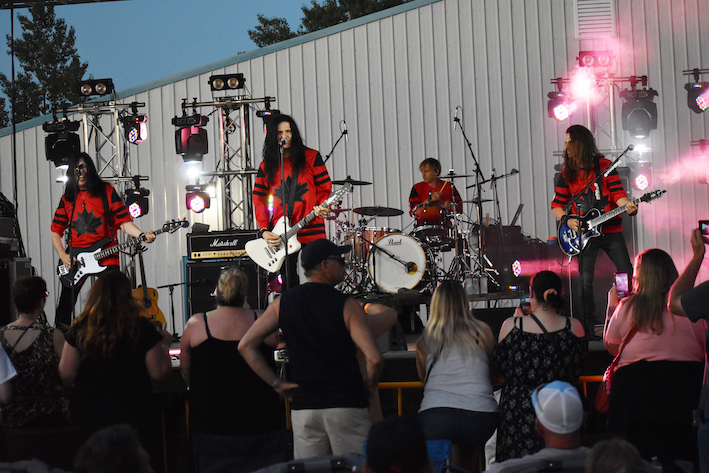 While temperatures in Taber were well above 30 degrees on Saturday, many Taberites were still more than ready for a Toque.

The band also played a pair of their own originals that fit right in with the Canadian rock classics that were littered throughout their set. The musicianship was about as high as you can imagine, and while it was primarily covers, it’s not a far stretch to say they’re one of the best cover bands in Canada.

Kerns sings the songs as well, if not better, and he’s a true show man. His grin was infectious the entire night and he had the crowd in the palm of his hand. Churko nailed each song and the solos were all incredibly well done throughout the entirety of the show. The rhythm section of Brent Fitz and Shane Gaalaas was super tight and the groove they kept for each of the songs was top notch. As far as a Saturday night goes, it was hard to beat.