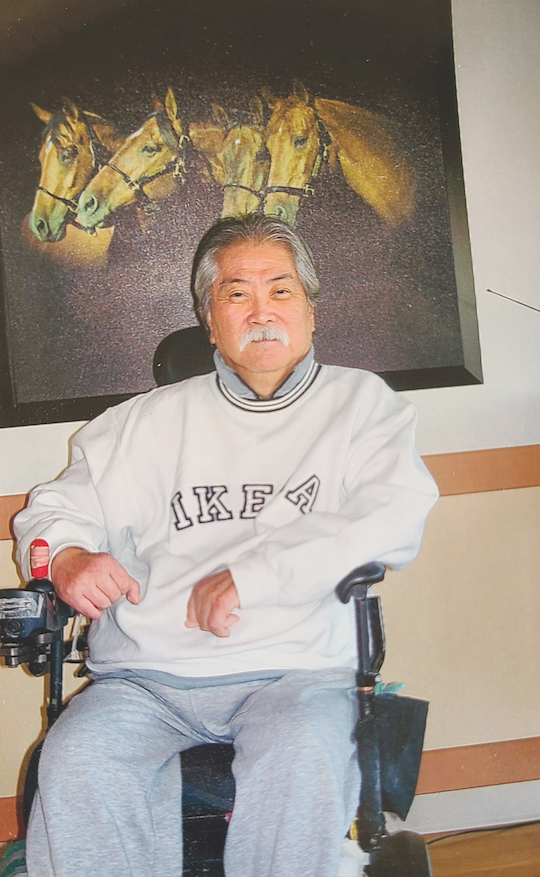 It may have been tough to stay positive over the last two years of the COVID-19 pandemic, but Taberite Kerry Ishida says positivity has always been a part of his DNA. The Taber and District Chamber of Commerce announced earlier that Ishida had won the 2021 Citizen of the Year award and it came as a shock and an honour.

“I couldn’t believe it when they came over. What a shocker, I couldn’t believe it. We were playing bingo when (they) walked in and presented me with this piece of paper saying I had won the Citizen of the Year award,” said Ishida in an interview with the Times. “Everybody was clapping and I went ‘what, me?’ I said am ‘I even a citizen?’ I haven’t really done anything in the community, but they said ‘you’ve done it in here (Linden View).’ I was just really shocked. I’m really honoured at the same time. It’s a real honour to be thought of in that way.”

Despite the award, Ishida explained he wasn’t entirely sure why his name would have been in the running. Even though he may not have realized it, the positive impact he has had on residents in Linden View has been astronomical and he’s a key cog in that community.