MLA Schow hopeful for resolutions to ambulance issues in Alberta 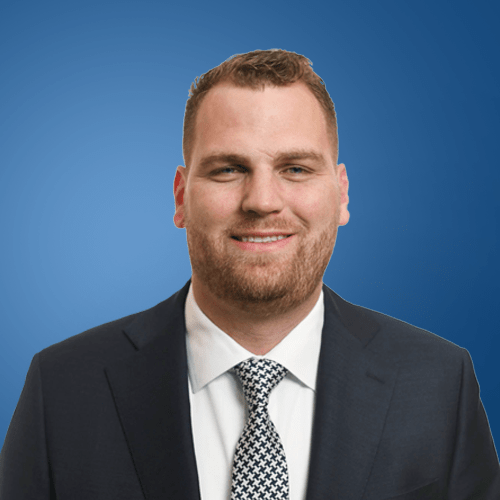 The provincial government is well aware of the issue of the lack of ambulances across the province.

Rural Albertan municipalities have continued to express their concerns that ambulances from their municipality get called into the larger markets like Calgary and Edmonton, leaving them without any.

With Cardston-Siksika MLA Joseph Schow in Municipal District of Taber in council chambers on Jan. 11, councillors were able to express their concerns.

“In November or December, the ambulance in Vauxhall was sucked into Calgary and they get up there and they time out, they might have to spend the night before they can come back. It might be a couple of days before they get back into our municipality and that’s just one example,” stated Reeve Merrill Harris. “We saw an article that there were 13 communities that lost their rural ambulances into Calgary one day in December. It’s a real concern, and I know that AHS has said they have things covered, but then everybody is being sucked into Calgary or Edmonton, there are some real issues with ambulance coverage in rural areas. Do we just not have enough ambulance personnel? Do we not have enough ambulances? Those are some of the questions.”

With the issue continuing to go unresolved, Schow says it’s of utmost importance to find some solutions. The fact it could leave many rural Albertans vulnerable is not acceptable.

“I don’t care how complex the issue is, if someone like yourself (who) may not be involved in that knows the problem, it tells you how bad it is. Because a layman like me or some of you who may not be first responders, if you’re hearing from your constituents saying ‘look, we’re not getting the service. My neighbour last week had a heart attack and we waited an hour for an ambulance.’ That’s unacceptable, point-blank,” he said. “This is something I’m hearing more and more as I go through my constituency and talk with the first responders. They’re getting burnt out and to me, it’s devastating because you have good people who are trying to work within what I think is, to a degree, a broken system. I know everyone loves to point and say ‘well, let’s just put more money into the problem’ — I don’t think it’s a money issue at the moment. At least the immediate solution doesn’t have to be where more money is thrown at it.”

The issue with the shortage of workers becomes it’s not an overnight process to bring in new workers. It takes years of schooling and training which leads to no snap solution.

“ If you’re dealing with first responders, you can’t just become a medical responder overnight. There’s education and training that goes into that. It’s not just hiring a whole bunch more — where are they going to come from? There has to be a recruitment process, and I understand that would be more of a long-term picture, but I’ve had lots of conversations with AHS officials from the southern region of the province in the Calgary area and Vulcan county. I’m meeting with some more first responders there later this week to discuss this problem,” continued Schow.

The government has been brainstorming ideas to get past the issue, but nothing has come that is 100 per cent effective to this point.

“A lot of very interesting solutions have been proposed. I do see it, and I’ll go through a couple of them, but I do see some conflicts. The first one, for example, would be the responsibility of care. Where does that end with an ambulance and where does it begin with a hospital? I have said, in my limited knowledge with EMS, that their job would be to take someone who’s in an emergency state to a hospital, stabilize them en route and get them there as fast as possible. They do one hell of a job, but once they’re there, I’ve seen them wait there for four, five, six, or seven hours,” continued Schow. “The conflict we’re seeing here is, they get them there, but they also can’t leave somebody there — there’s an ethical issue there and I fully appreciate that, but I think we need to address that first.”

Despite the discussion around not wanting to see rural ambulances leave to larger markets, Schow did highlight when it would make sense. But even in those circumstances, there needs to be backup plans so rural municipalities are left with no resources.

“The second thing is making sure we have the resources here if we lose an ambulance. If one gets pulled to Calgary and it’s a delta echo call, which is life-threatening, I would hate if we have a unit that is here or somewhere in Vauxhall or Vulcan that could save someone in Calgary if it doesn’t get dispatched. But, I certainly would not want that unit dispatched to Calgary for something like an inter-facility transfer or to take some to an eye appointment,” added Schow. “Are our tax dollars worth less than those in the major cities? Absolutely not. Is there a problem? Yes. Can it be addressed? I absolutely believe it can. I think there are some short, medium, and long-term solutions and I’ve been working with the ministry of health and also speaking with AHS because ultimately they are the ones who are assessing needs and looking at resources and seeing where they need to be deployed.”

“The other issue is the allocation of resources. It seems that the ambulances are being sent from rural areas to Calgary and Edmonton, but it’s never the other direction or very rarely if it ever is. That’s very informational to what is happening with the allocation of manpower and resources, I think as well,” stated Coun. Brian Hildebrand.

“Everybody wants (code red) so they have full control over their units. It is difficult because I understand the allocation of resources, but I actually said recently on a call that we shouldn’t be pulling EMS crews out of rural Alberta for anything less than a delta echo call,” responded Schow.