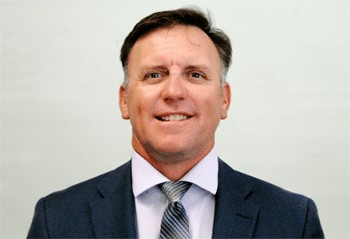 Another new candidate enters the Taber mayoral ring, as Rick Popadynetz announced his run for mayor earlier this month.

Popadynetz’s platform is based on seven points, which will be expanded on within the next month, leading up to the October municipal election. These points include:  town roads, recreation, economic development deficiency, approachability for seniors and the community, business recovery, youth work and Taber — on a global level.

“I’ve been working towards this position for years. It’s something I’ve wanted and I feel most of what I’ve done in my life has worked towards this moment,” Popadynetz said.

Popadynetz has previously sat on council as a councillor for seven years, but didn’t run for council this last term because he wanted to step back and take a look at what the town needed.

In addition to councillor, Popadynetz has been president of the Recreation Board, deputy mayor three times, sat on the police commission, is currently co-chair of the 2021 Cornfest Committee and has over 25 years of experience in construction management and leadership.

Popadynetz has also grown up and spent most of his life within Taber or the municipality, and previously had a hand at getting the former minister of Justice Kathleen Ganley to visit Taber.

Popadynetz believes the most important thing to do in the first year is build a ‘Team Taber’ that will lobby the government for seniors, the community and the municipality. The ‘team’s’ goal would be to get the ear of the premier, and potentially the federal government. This ‘Team Taber’ is planned to include pillars of the community such as councillors and presidents of boards.

“We don’t want the government to forget about us little guys down south. We don’t get much funding for police and we really need to lobby for that. We have a really good police force,” says Popadynetz.

Additionally, Popadynetz has helped out in building a lot of projects in the community, including the renovation of the Taber Health Centre. “With experience and understanding — it is possible to build things cheaper.”

“I’ve also worn the Kernel Cob outfit, and I’d like to stress I love working with my hands. I want to do the hard work. I’m your local choice for mayor.”