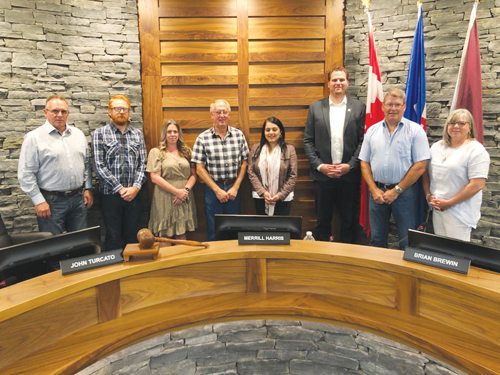 Talk has been in the air of twinning the entirety of Highway 3 for quite some time, and as Alberta’s new Minister of Transportation Rajan Sawhney noted, “there are a number of benefits that will come of it.”

Sawhney met with M.D. of Taber council and talked about a number of topics pertaining to the region, and Highway 3 was one of those topics on the agenda.

“There’s a number of benefits. Number one is there’s always the question of safety. Making sure that highway is safe for people who are travelling down that stretch and there are significant economic implications, as well. The agri-food corridor and increased traffic and opportunities in that region perhaps attracting investment and that all begins with having great infrastructure in place,” said Sawhney.

Alberta Premier Jason Kenney has also announced a $150 million investment to twin between Taber and Burdett, which Sawhney noted is extremely welcoming, as it’s an acknowledgment of safety being at the forefront in southern Alberta. It also opens up that transportation corridor for economic activity, Sawhney added, but in order to tackle the whole project ,“it would be over a billion dollars and it’s not something the provincial government can afford.”

“But as we look to the future, we know it’s a priority for the region and if we could get everything twinned — even beyond the Alberta border into B.C. — it would absolutely improve safety, the driver experience and enhance the economics of the region,” added Sawhney.

Currently, there is no timeline on when construction could start, as it depends largely on budget and priority — along with the federal government’s help.

“I’m going to try and do what I can to get more federal government support because the twinning isn’t just important to Alberta and the southern region — but it can have economic impacts and benefits for the entire country,” Sawhney continued.

Sawhney also has big plans for the future, but admits she still has a lot to learn as the new minister of Transportation.

“That is part of the reason I am out meeting folks. Just to see things with my own eyes and have conversations and understand the priorities and needs of the reason — which you can only do when you sit down and talk. There are lots underway, lots of construction in Calgary and Edmonton. I will be overseeing the work, making sure things are on time and within budget. There is a lot of work I can’t give specifics on — but there is a lot going on right now,” said Sawhney.

Sawhney also pointed out while construction along Highway 3 may be inconvenient to commuters for some time — the end goal will be worth it and will improve Alberta’s infrastructure for the future.